WhizBliz
Home OTT When and where can you watch the Nikhil Siddhartha-starring movie Karthikeya 2... 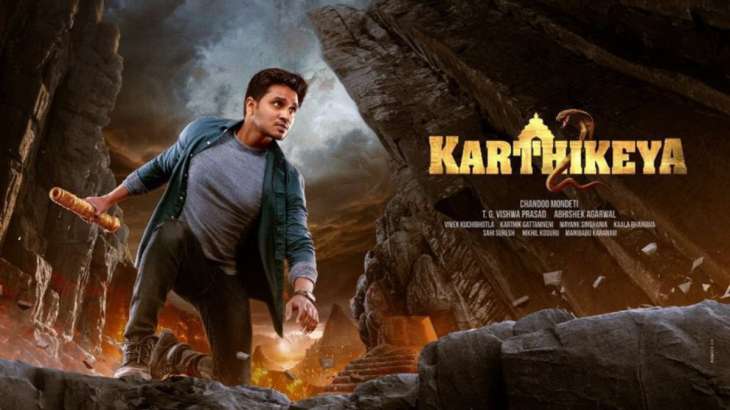 Karthikeya 2, a mythological movie starring Nikhil Siddhartha, will soon be available to watch online on ZEE5. In the Hindi markets, the film fared exceptionally well, grossing more than Rs 30 crore in the Northern regions. It performed remarkably well in the local Telugu market as well, becoming the highest-earning film of Nikhil’s career. After great anticipation, Karthikeya 2 will soon be available for internet streaming, where spectators will be able to watch it in the comfort of their own homes. Here are all the specifics on the OTT debut of Karthikeya 2.

On ZEE5, Karthikeya 2 will be available for streaming. The movie’s digital rights have been bought by the streamer for an astronomical sum. Although the release date of Karthikeya 2 has not been officially announced, sources indicate that it will be accessible to view and download in HD online on ZEE5 on September 30. When the film is released online, viewers will be in the tens of thousands because of the enormous response it had during its theatrical run.

Many people have been pleasantly surprised by the movie’s enormous popularity. At first, only playing in 50 theatres when it first opened in the Hindi Belt, the movie continued to expand thanks to word of mouth. Finding out the truth about Lord Krishna is essential to the movie’s narrative. The movie was a success because more and more people came to see it on the occasion of Janmasthami. It is currently playing on more than 3,000 screens around the Hindi-speaking region.

Following the success of Karthikeya 2, the series will continue to grow, according to the film’s leading man Nikhil. Yes, there are many more undiscovered stories about our cultural past, and we will return for numerous more fascinating chapters of Karthikeya, according to Nikhil, who added in an interview that Dr. Karthik is “hell-bent” on solving interesting mysteries and going on adventures.