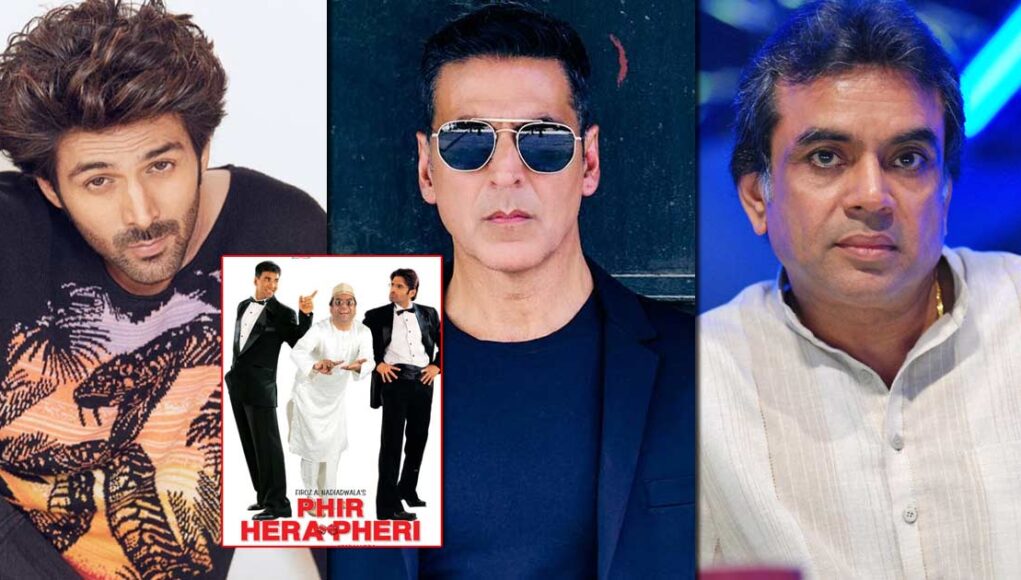 The most-awaited comedy movie, Hera Pheri 3 is finally ready to sail. Producer Firoz Nadiadwala recently confirmed that he is planning to bring back the comedy movie. There is a lot of speculation about the cast of the movie. It is believed that Akshay Kumar has stepped away from ‘Hera Pheri 3’ as he is not happy with the vision of the sequel. He is well aware of the expectations his fans and does not want to compromise on the quality of his scripts.

A user on Twitter asked Paresh Rawal if Kartik Aaryan is doing the role and the actor confirmed the news. The fans are disappointed. One wrote on Twitter, “We want all 3(Akshay, Suniel and Paresh) in the movie, no one can think of Hera Pheri 3 without Akshay.” Another disappointed fan writes, “Ye toh world cup mai haar se bhi zyada dukh bhara news hai (This news is more painful than news of losing World Cup).

Kartik Aaryan is on cloud nine. He has been on a high after the success of Bhool Bhulaiya 2. He will soon be seen in Freddy, which is due to release on December 2nd. He has many movies lined up such as Aashiqui 3, Captain India and Shehzada.

The iconic role of Raju will be played by Kartik Aaryan. Kartik and Firoz are keen to sign Anees Bazmee as the director.