WhizBliz
Home Bollywood “Working alongside Mahesh Manjrekar sir under his guidance for 7 films has... 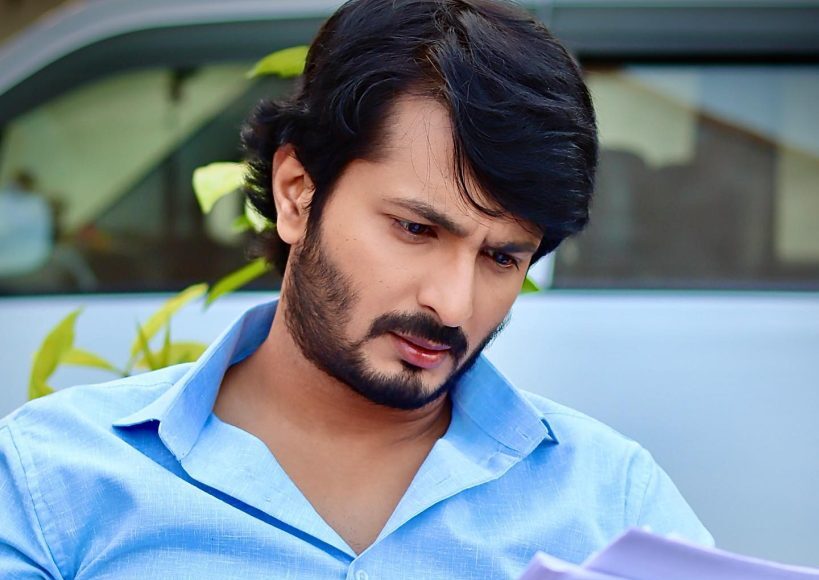 Suhrud Wardekar is one of the well-known actors who have paved his way in the Marathi industry with his exceptional acting abilities and charming persona. He has marked a place in the hearts of the audience with his popular song Govyachya Kinaryav which has 300 million views. Tv serials like Asava Sundar Swapnancha Bangla which crossed over 1000 episodes and Ek Ghar Mantarlela (2019) along with movie Daah – Ek Marmsparshi Katha are few of his works that have turned out to be enormous blockbusters. Suhrud recently launched a music album under his direction on Valentine’s day for all the lovebirds out there with a song called Vachavu Kasse along with Elakshi Gupta this romantic single is gaining a lot of attention from viewers.

Additionally, each actor has a dream of working once under the supervision of legendary actor and director Mahesh Manjrekar sir, and Suhrud Wardekar being fortunate enough has worked with Mahesh Manjrekar sir on seven films in various positions. Suhrud Wardekar expresses his enthusiasm while working with Mahesh Manjrekar, Suhrud said “I feel I am blessed to work under the guidance of Mahesh Sir, It has always been a dream for every Marathi actor to work with him and me working with him for numerous projects has made me feel fortunate enough. I still remember one incident where Mahesh Sir called me once for a meeting and there was a list of around 15 actors for a role in the movie and I was on the 9th and sir told me you are working as an actor with me for this film. For a sec I wasn’t able to believe that thing but as it always says, work hard until your dreams become true and I feel this has worked on me. Though working with him in 7 films made me evolve as an actor, director, and assistant. There is soo much to learn from him and it has indeed been a fantastic experience for me. I wish to work more with him in near future.”,exclaimed actor Suhrud Wardekar.

Look at the list of projects on which Shurud Wardekar collaborates with Mahesh Manjrekar which will make us go insane. Suhrud has worked as an actor, chief assistant director, dubbing actor, and whatnot. Suhrud never fails to add feathers under his hat each day. He first worked for the film ‘FU (Fun Unlimited)’ in 2018. Where Shurud Wardekar worked as an actor and was dubbed for Mahesh Sir’s Son, Satya Manjrekar who was the lead in the film. His second film was, ‘Mi Shivaji Park’ (2018) which is a thriller movie in which he works as an actor and a Chief Assistant Director with the stalwarts of the Industry. Vikram Gokhale, Dilip Prabhawalkar, Satish Alekar, Ashok Saraf, Shivaji Satam. His 3rd movie “Bhai- Vyakti ki Valli” (2019) is a biopic of a Marathi comedian P.L Deshpande. Suhrud worked as an actor and played Mahesh Manjrekar’s younger character which was loved and appreciated by all the audience all over the world. His fourth film was, “Panghrun (2022) which is a tragic tale of love, compassion, and ultimate sacrifice. Suhrud worked as a Chief Assistant Director in the film for Mahesh Sir. His fifth film, “Ek Radha Ek Meera” the movie is in the process to release Suhrud dubbed for this movie as a second lead. His 6th film was Wada which is the most awaited film of Mahesh Sir which will hit the cinema in the coming months where Suhrud worked as an actor in this movie, which is way different and challenging over his personality.

Suhrud has also taken a step in Bollywood under the advice of Mahesh Sir for the film Power which was released in 2020 and starred Vidyut Jamwal and Shruti Haasan in the lead where Suhrud worked as a chief assistant director. Without a doubt, we can say that the actor is a complete box of talent and never fails to add the opportunities that he gets under his kitty which is an inspiration to all the youth actors out there.

On the work front, Suhrud Wardekar will be seen in the upcoming film Aathavani. There are a couple more projects in the works for the actor, which will be disclosed shortly.