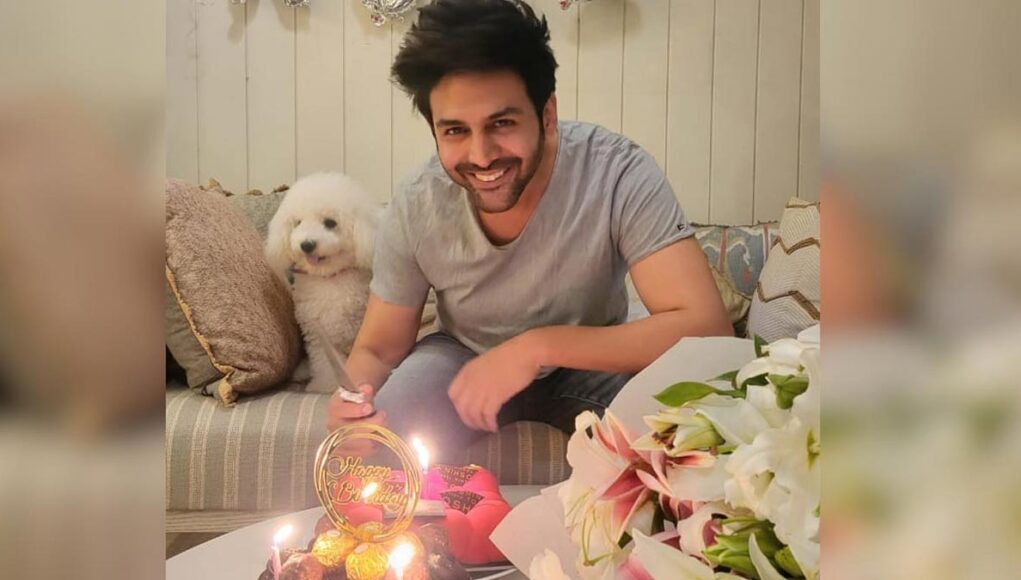 Kartik Aaryan turned 32 on 22nd November. He visited the Siddhivinayak temple on this special occasion to seek Lord Ganesha’ s blessings. He was accompanied by his parents and pleased the fans with selfies by posing with them. He looked dashing in a crisp white kurta with black pants.

Kartik Aaryan is the golden eyed boy of the film industry. After the great success of Bhool Bhulaiyaa 2, he has been the apple of the audience’ eyes. He is all geared up for the release of Freddy which will release on December 2nd on Disney + Hotstar. He apparently gained 14kgs for this role.

How has he chosen to please his fans on his birthday? The first look of his upcoming movie Shehzada has been released. This looks to be an action movie, not just a soft romantic one or a comedy.

The actor bought in his birthday with his parents at home. There was a special midnight surprise planned by them and a chocolate cake. He shared two pictures of the same and wrote, “In every birth I would like to be born as your koki. Thankyou for the sweet birthday surprise mummy-papa, Katori and kiki.” His pet dog, Katori, seems to be a part of the birthday bash.

On the work front, he will be seen in Kabir Khan’s project where he plays the role of a boxer. Rahul Bhatt, Alia Bhatt’s brother is training him for the role. He is also working in ‘Satyaprem ki katha’ with Kiara Advani.

Fans and well wishers join in to wish Kartik a wonderful year ahead!!