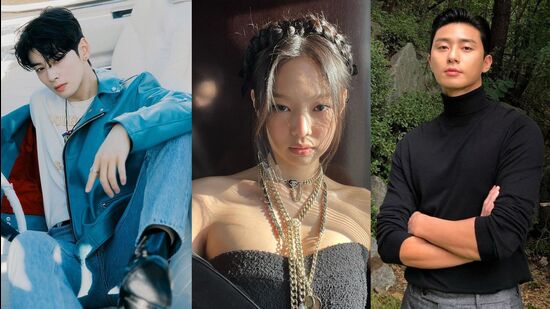 A number of South Korean celebrities, like Lee Min-ho and Jennie of Blackpink, are currently trying to break into the American entertainment industry. Take a peek at some debuts that are widely anticipated. Whose Hollywood film project thrilled you the most?

Jennie Ruby Jane, the moniker on her Instagram account, has become popular among Jennie’s BLACKPINK admirers. The cause? She will use that as her screen name when she makes her Hollywood debut. The rapper from South Korea will appear in the online series The Idol. Troye Sivan and Lily-Rose Depp will also appear in The Weeknd-created program. The drama, according to Variety, centers on a contemporary cult leader who has a tangled connection with a rising pop star.

Seo-joon Park The South Korean celebrity is anticipated to make his Hollywood debut as a superhero. With the release of Captain Marvel 2: The Marvels, he will be a part of the Marvel Cinematic Universe. He is anticipated to appear on screen with Brie Larson and Iman Vellani, while specifics of his role are being kept under wraps. The Parasite and Itaewon Class actor expressed his “disbelief” that the MCU sought him in a previous interview with The Guardian.

Jung-jae Lee Actor Lee Jung-jae of Squid Game is traveling far, from a bleak environment to outer space! He will now serve as the series lead in the Star Wars spinoff, The Acolyte. Although Lee already has a strong career, it was Squid Game that helped him become a household name.
Cha Eun-woo: The actor-singer, best known for the films My ID is Gangnam Beauty and True Beauty, is about to take Hollywood by storm. He was offered the main part in the road trip movie K-pop: Lost in America, which also stars Rebel Wilson, and is a member of the boyband ASTRO. Cha, an ASTRO member, seems to be the ideal choice for the movie about a K-pop band that gets lost in Texas.