WhizBliz
Home Bollywood Ayushamann Khurrana and Anubhav Sinha are back with another hard hitting film:... 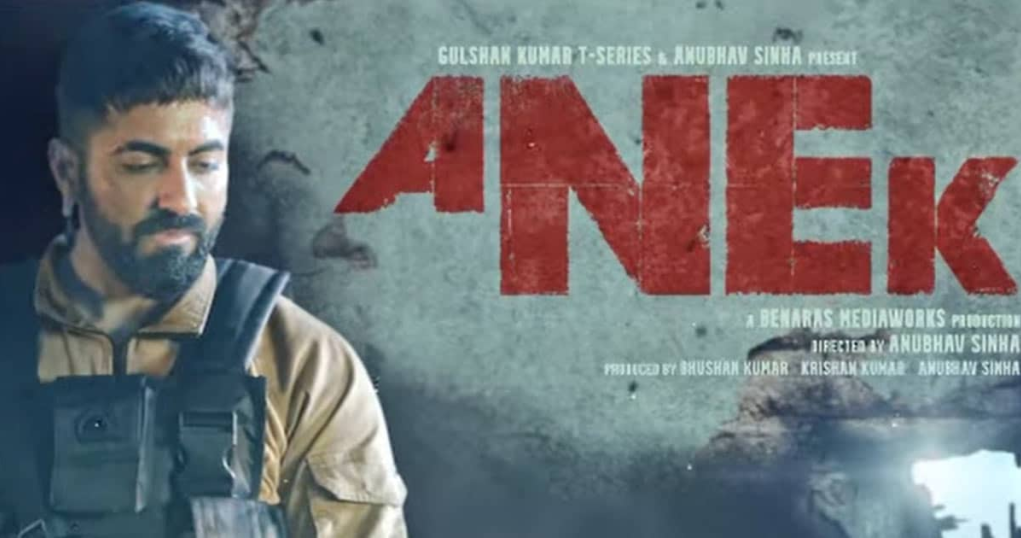 Filmmaker Anubhav Sinha and actor Ayushmann Khurrana are a winning team as their movie “Article 15” won laurels from the audience and critics alike.

Starring Ayushmann Khurrana Anek is jointly produced by Bhushan Kumar’s T -Series and Anubhav Sinha’s Benaras Mediaworks and is all set to release on 27 th May.

The movie, Anek , is a political action thriller where Ayushmann steps into the shoes of an undercover officer. The movie has been shot in beautiful locations in North -East. Just as Article 15 created a wave, this movie too has everyone’ s attention for its theme . An Indian will rise and make India win.

Says Anubhav Sinha, “When I met Ayushman before Article 15 I actually went to him with a film I felt was more from his world. I just happened to mention Article 15 when we were discussing socially relevant content. He asked if he could read it..and as he read it, he instantly loved it and wanted to pursue the conversation and that’ s how the movie happened. Article 15 made me realize how versatile Ayushman can be and with Anek I have managed to explore yet another facet of his talent as an artist. The film has been extremely challenging one for both of us but a story we definitely felt deserved to be told.”

Talking more on the subject, Ayushmann asserted that Indians have an unspoken bias towards North East Indians. While telling a story about how a buddy made fun of a North East Indian if she knew any Hindi. Later in the story, he explained how he stood up and saluted her with the words, “Mera Bharat Mahan.”

Deepika Deka plays an important role as well in the movie.