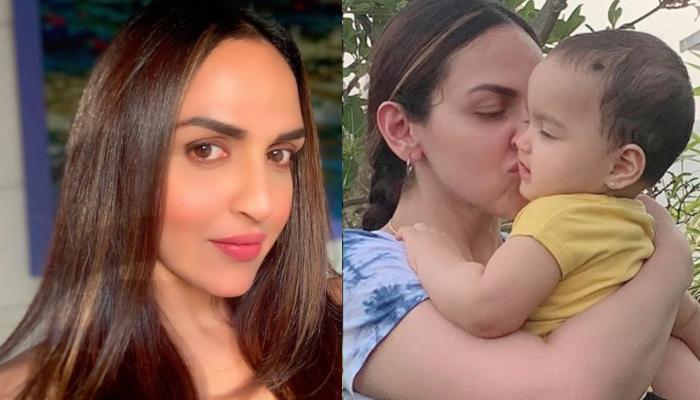 Esha Deol, who has been in the profession for 20 years, marked her milestone on Tuesday. She thanked producer Boney Kapoor and late actor Sridevi for launching her in a lengthy post on her social media profile. Her parents, Hema Malini and Dharmendra, were also tagged in the tweet.

“I entered this magnificent enchanted location called “Hindi cinema,” “Bollywood,” the Indian film industry, on this day 20 years ago.” My heart is overflowing with appreciation and love for everyone who has been a part of my journey thus far. It was all because of someone really special in my life who noticed me at the time. Mr. Boney Kapoor, affectionately known as Boney uncle and his adored Sridevi ji are the major men who believed in me. “Many thanks to both of you for launching me,” Esha Deol remarked.

She also talked about how she started shooting for her debut film, Koi Mere Dil Se Poochhe, when she was 18 years old, and how it won her best debut Filmfare and Screen awards. “Can never forget the huge hoardings of mine that Boney ji had put up all over town that read ” introducing Esha Deol ” with a stunning pic of mine clicked by Atul Kasbekar (still one of my favourite pics to date) also have such wonderful memories of filming with my director mr. Vinay Shukla & all my costars of the film Aftab, Sanjay, Anupam ji & the lovely Jaya Bachchan ji. You all helped me get used to performing by providing me advice and tips. What a fantastic time we all had during the filming of the movie. To the next leg of the adventure….. A big thank you to everyone involved in all of the projects I’ve worked on thus far, including my co-stars, directors, and producers. It’s been a dream come true.”