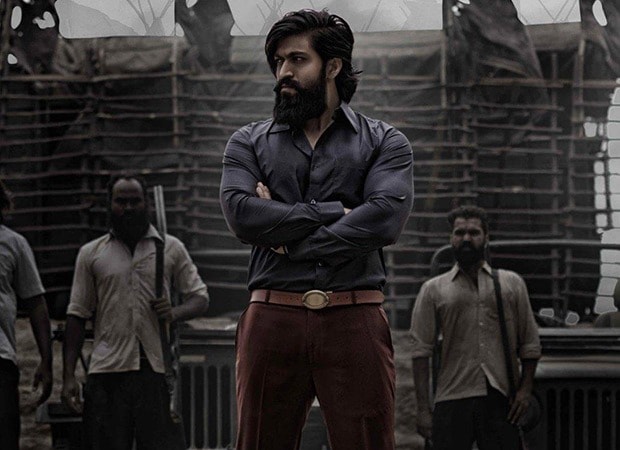 KGF: Chapter 2’s Hindi version has already shattered the record for the highest-grossing Hindi film on release day since the epidemic began, even before a single show of the film has been seen. The film was able to do so thanks to a fantastic response to advance bookings.

Despite the fact that Chapter 2 has yet to be published, the picture is already breaking box office records. The Hindi dubbed version of the film has received exceptional advance bookings, outperforming all Hindi films in the post-pandemic era on opening day. According to trade analysts, the Hindi version of the film has already sold 20 crores worth of tickets a day before its premiere.

Yash, Sanjay Dutt, Raveena Tandon, Srinidhi Shetty, and Prakash Raj feature in the Kannada film Chapter 2. The movie is a follow-up to the 2018 smash blockbuster KGF: Chapter 1. A longer advance booking window and a lack of competition in the north are the main reasons for the film’s strong start. Jersey, starring Shahid Kapoor, was set to release at the same time as this film, but it was postponed.

According to a BoxOfficeIndia.com report, “KGF2 has outperformed all other releases at 12 p.m. the day before release, with the exception of Baahubali: The Conclusion, and this does not include Hollywood movies. This will result in a collection that is greater than all of the post-pandemic releases before the show begins.”

According to the report, while the picture has a chance to outperform Baahubali 2, it remains to be seen if it can accomplish so. “Normally, the overall advance in terms of collections would surpass Baahubali – The Conclusion because the final day is the strongest for advance, but the situation here is slightly different because the advance began early and has covered so much ground thus far that the final day may not be far larger than all the other days, as it is with most films.”

KGF series is centred on a smuggler named Rocky (Yash), who aims to control the gold mining empire at the Kolar Gold Fields (KGF). In a recent interview, Yash admitted that the film borrows its essence from Amitabh Bachchan’s ‘angry young man’ films. “It’s the essence of the belief system, the hero and his heroism- that kind of film. It has nothing to do with any film but in general, the kind of films they used to make, the essence is the same, what whole of India wants to see. At least, whoever I meet, they say they love those kinds of films,” he told Bollywood Hungama. The film releases on April 14.