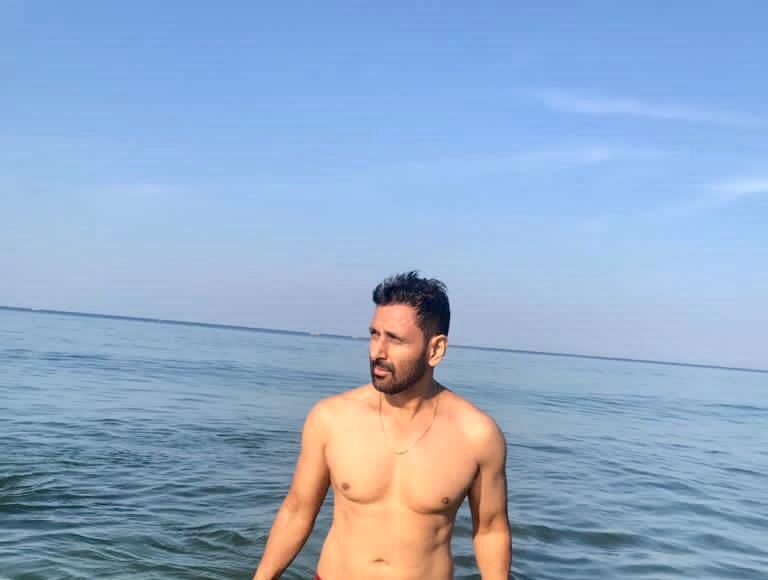 Actor Parvin Dabas, co-owner of  Pro Panja League, is a figure to look up to with his amazing well built body and droolworthy abs. The ‘Khosla ka Ghosla’ actor is a fitness enthusiast and also proud of the fact that he credits his fitness success to only all natural methods.

He speaks to us about his regime and gives tips for maintaining his muscular physique. “I have trained and gained muscle Natura and It may sound like a task but if followed with proper steps and guidance it’s completely doable. Without using protein powders or steroids, gaining lean muscle weight is possible by eating a balanced diet with natural protein and vegetables, grains without wheat and working out using functional fitness methods and regulated weights lifting. I have always observed that keeping realistic expectations and pacing your workout will yield results faster and with lesser disappointments.”

Dabas made his film debut in the 1999 film Dillagi but Monsoon Wedding launched him and he has since appeared in many Bollywood films. He later starred in blockbusters such as My Name is Khan and Khosla Ka Ghosla and lately has had some huge OTT hits with Hostages on Disney Hotstar and State of Siege: Temple Attack on Zee5 and will be soon seen in Made in Heaven Season 2 and The Room.