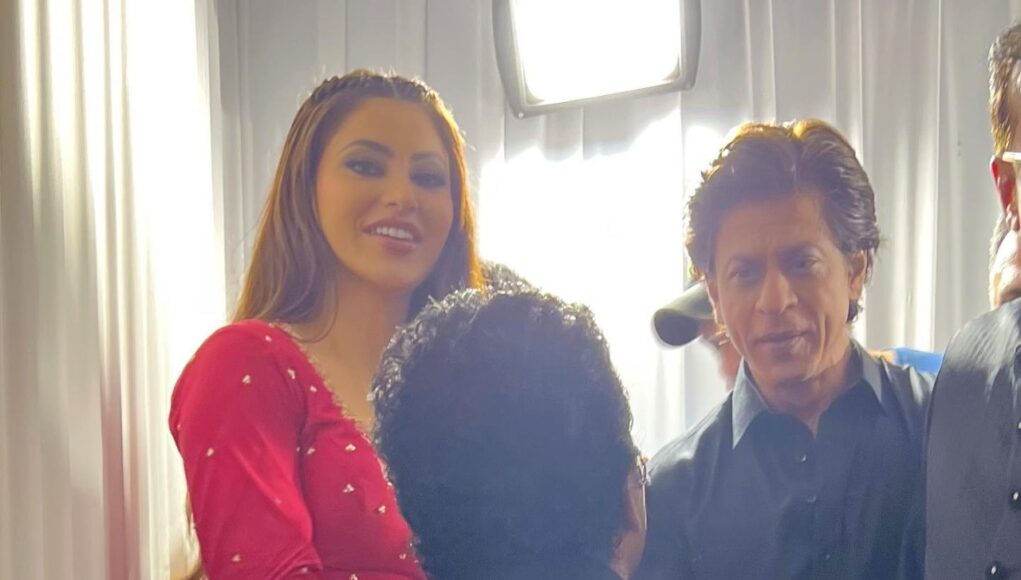 Urvashi Rautela, who is one of Bollywood’s youngest superstars, has made sure to make India proud at every opportunity. The actress is now all set to pave her way internationally with her massive Hollywood film with Michele Morrone.

Baba Siddique always throws a big bash iftar party with numerous well-known celebrities who grace the event with their presence. One of them was our talented actress, Urvashi Rautela, who appeared stunningly at the event. Urvashi looked stunning as always as she made a stellar entry at the event. The actress posed for the shutterbugs with a great smile and, along with that she even posed with the host of the party, Baba Siddique.

Urvashi looked stunning as she wore a pink Anarkali suit with a long plaza along with a dupatta that had a wavy pattern on it. By the ace designers, Paulmi and Harsh. Keeping her makeup bold, she opted for smudged eyeshadow. Along with that, the actress chose a glossy pink lip shade. Keeping her hair in a wavy, curly style, the actress looked scintillating as always. The entire look of the actress was worth Rs 80,000. As the actress graced her presence, Urvashi met her long-time friend, Shah Rukh Khan. Pictures have also been going viral around the internet. Where the actress is seen spreading smiles around with Shahrukh. Seeing the pictures, the fans have started praising how adorable the duo looked together and how they can’t wait to see them in a movie all together. One of the fans wrote, “We as fans want to see @urvashirautela and @iamsrk in a film together desperately” to which another wrote, “Kind and Queen of Bollywood”

We can’t wait to see the duo sharing screen space together.

Check out the picture now
https://www.instagram.com/p/Ccf2VLwoC94/

On the work front, Urvashi was last seen judging the Miss Universe Pageant 2021, and also bagged appreciation for her international song ‘Versace Baby’ alongside Arab superstar Mohamed Ramadan. Urvashi is making her big Hollywood debut along with 365 Days star Michele Morrone. which will be produced by Netflix, Tomasz Mandes, and will be directed by 365 Days director Barbara Bialowas. Urvashi will be soon seen in the Jio studios’ ‘Inspector Avinash” opposite c in the lead role. The actress is going to play the lead role in a William Shakespeare bilingual thriller ‘Black Rose’ based on the Merchant of Venice, along with the Hindi remake of the superhit ‘Thiruttu Payale 2’. Urvashi will be making her Tamil debut with a multilingual film ‘The Legend’ opposite Saravana and has also signed a three-film contract with Jio Studios and T-Series.