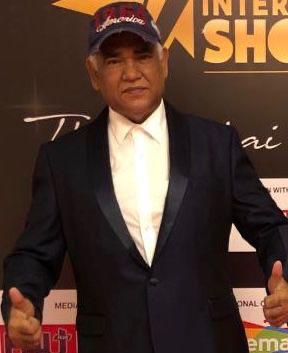 At Tokyo film awards Dec 2021 in Japan, ‘Best Asian Film Award’ was presented to producer and director Kumar Raj for his feature film “Tara: The journey of love & passion”.

Tokyo film award is a unique film competition organised by working professionals from the film and television industry. Their programming team is mainly focused on short films as their main mission is to promote young talent and their vision.

Ecstatic Kumar Raj said, “I am beyond thrilled to see the film being recognized internationally & specially in Japan. I have no words to describe the joy I am feeling. I am very grateful for all the awards received by the film ‘Tara’, and I hope it reaches above and beyond.”

The Tokyo Film Award team said, “We are very impressed with the feature film Tara produced and directed by Kumar Raj. The film is amazing and has been awarded at our festival. The film Tara will be further shown on our television channels all over Japan after dubbing the film in the Japanese language.”

Kumar Raj earned a diploma in production at Zee Institute of Media Arts (ZIMA). As a testament to his love of cinema and his passion for the industry, he has produced five award-winning feature films.

The next feature film by Kumar Raj, ‘Ameena’ has been finished and will be released soon.