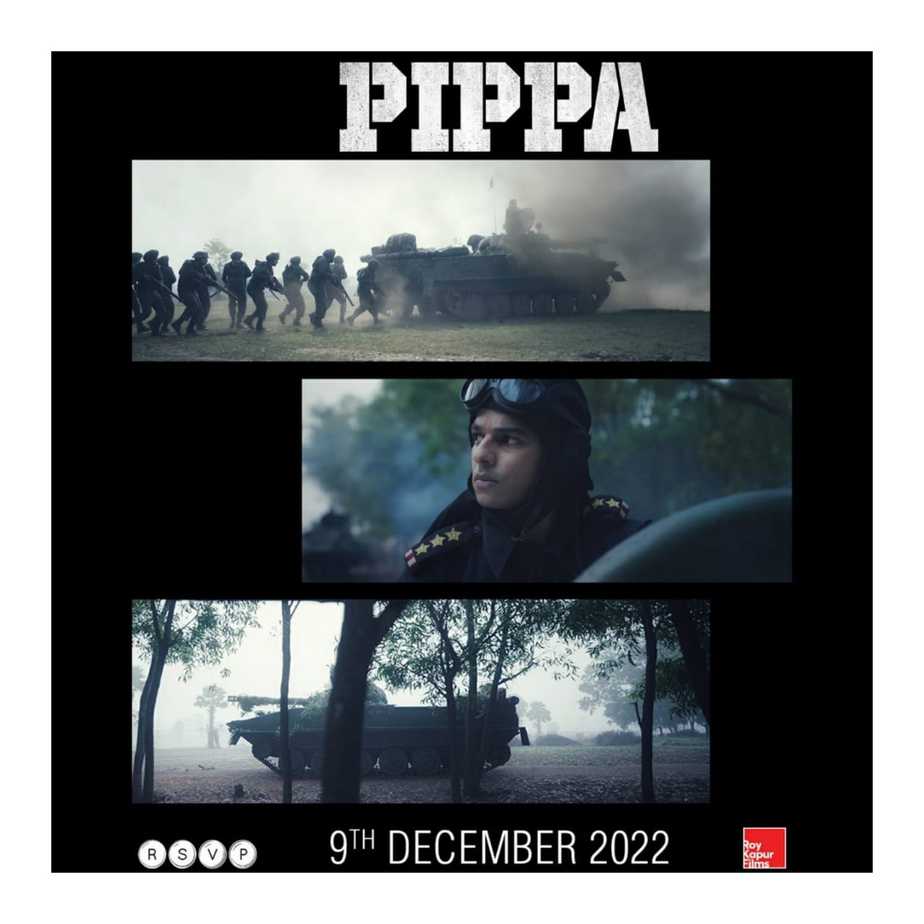 This year’s Vijay Diwas is extra special for all those excited about the Ishaan Khatter-starrer PIPPA. As India commemorates the 50th anniversary of the 1971 Indo-Pak war that led to the liberation of Bangladesh on December 16th 1971, producers RSVP and Roy Kapur Films announce the release date of their upcoming film. An amazing true story of an entire family on the front lines, this epic war drama will hit theatres on 9th December 2022.

Team Pippa has put out some captivating stills from the upcoming war drama to honour the heroes of the 1971 war. In the stills, Khatter can be seen commandeering an amphibious war tank (“Pippa”), which played a major role in the war. The action-packed movie is on its way to bringing a glorious chapter of history to the big screen, and the stills make us excited for what it has in store for viewers. PIPPA is currently filming across Amritsar, West Bengal, Ahmednagar and Mumbai.

PIPPA is an adaptation of the book The Burning Chaffees, written by Brigadier Balram Singh Mehta, that follows the story of the war veteran Brigadier Mehta of the 45th Cavalry tank squadron (essayed by Khatter) who fought in the war of 1971.

Produced by Ronnie Screwvala and Siddharth Roy Kapur, starring Ishaan Khatter, Mrunal Thakur, Priyanshu Painyuli and Soni Razdan, and directed by Raja Krishna Menon, it is a first-of-its-kind action-packed war film that highlights the role of the magnificent Russian amphibious war tank, the PT-76, popularly and lovingly known as “Pippa”, in an epic tale of redemption, valour, victory…and family.