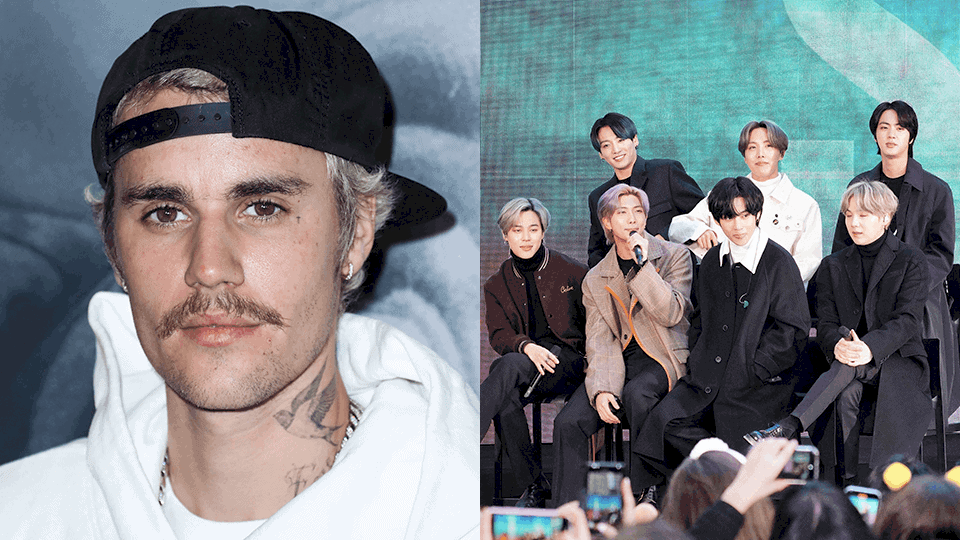 ARMY and beliebers all around can rejoice as it is now confirmed that BTS and Justin Bieber will be collaborating for a brand new single. As per the latest reports, Justin and BTS have started working together and will soon release a new single.
This new single will be an extended part of Justin Bieber’s album ‘Justice’! The collaboration is sure to blow up the music world as 2 of the greatest pop sensations join hands. A source told page six that “They are taking their time on it and going to make sure it is released right.”

Justin has released 2 extended versions of the albums- Deluxe Edition and a Triple Chucks Deluxe Edition. The Justice Deluxe Edition was a huge hit. It was on the top spot on the Billboard 200 charts.
Last year, Selena Gomez was seen in a fiery collaboration with BLACKPINK for their video ‘Ice cream’. The song was a huge success in both the west and the east while it broke records. Fans are excited for the upcoming BTS- Bieber collaboration as they are fan favorites all around the world.