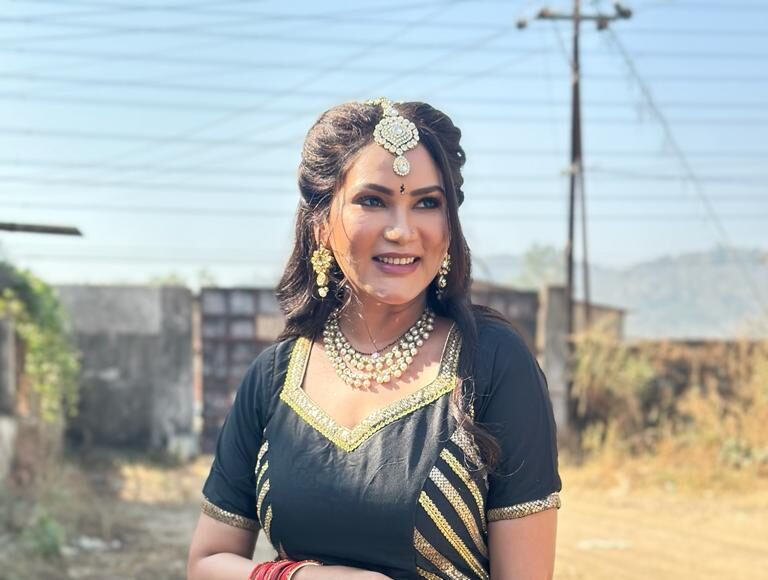 &TV’s Happu Ki Ultan Paltan never fails to entertain its audience with humorous and entertaining tracks. Every time we see the characters land themselves in amusing situations, it makes for a hearty laugh from the audience. The next we will see is Dabbang Dulhaniya Rajesh (Kamna Pathak) will turn into Icchadhari Naagin and take the viewers for an entertaining ride. In the track, Happu (Yogesh Tripathi) accidentally eats Naagin’s eggs as an omelette, and for revenge, Naagin starts haunting Happu. To save him, Rajesh disguises herself as Naagin.

Kamna Pathak, essaying Rajesh Singh, says, “In every episode, there’s always something exciting and entertaining for the audience. And now, we have this Naagin track, which will surely leave the audience in splits. I thoroughly enjoyed shooting for this track. Naagin is one character I have always wanted to play on-screen. It looks glam and quite appealing. And not to forget the naagin dance! (laughs). Talking about the process of getting into her Naagin avatar Kamna adds, “Frankly, the day we were supposed to shoot as Icchadhari Naagin, I was excited. When they first informed me that I would be donning a Naagin look for the second time in the show, I excitedly asked them, “Will I get to do a Naagin dance?” and they reverted, saying this Naagin will also have a fight sequence (laughs). Icchadhari Naagin is one such character in Bollywood and television that every actress would like to play someday, and I am no different. Ever since I saw the late Sri Devi in her film Nagina, I have dreamt of dressing like her and becoming a Naagin on screen. Getting into the costume and completing the makeup and accessories took almost two hours. And I was eager to see myself in that expression. I also shared my pictures with my family; their reactions were hilarious. I must say I quite enjoyed the dance, drama and the glam look. It was a refreshing change. I love dancing, and any track that involves it always makes me happy. It will be interesting to see how the audience reacts to this humorous Naagin track.”

Watch Kamna Pathak as Naagin in the upcoming episode of &TV’s Happu Ki Ultan Paltan, airing every Monday to Friday at 10:00 pm!