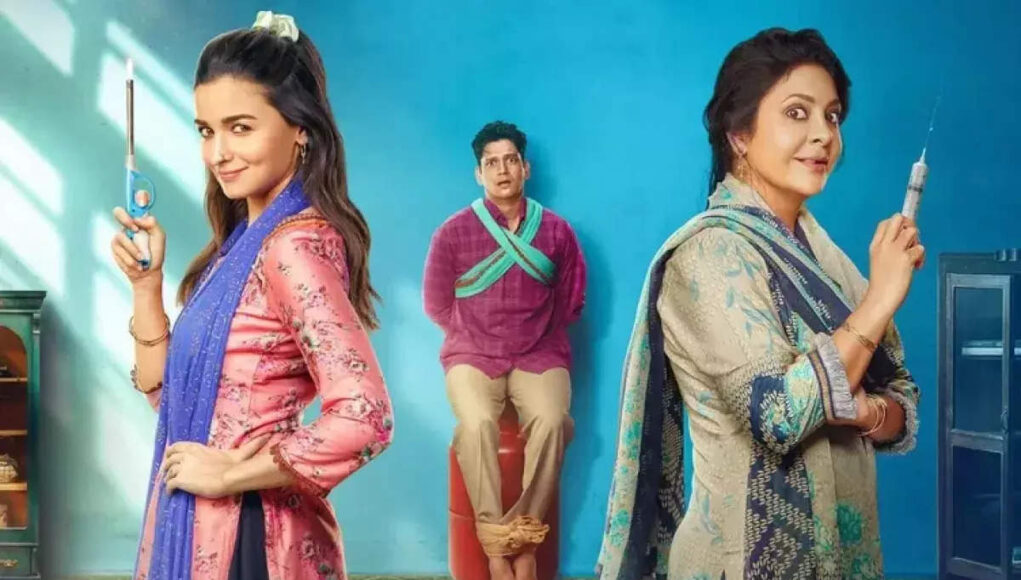 Darlings is a dark comedy, released on Netflix on 5th August. Jasmeet Reen’s directorial debut ‘Darlings’, is based on the theme of domestic abuse. Jasmeet has previously worked on the screenplay of films like Force 2 and Fanney Khan.

Badru, played by Alia Bhatt, is the story of a woman for whom marriage is the be-all and ends all of life. She has her checklist ready for marriage, kids, and more. But little does she know that she is entering into this holy matrimony with her eyes closed. He is an alcoholic and abusive man.

Shefali Shah plays the role of a protective and concerned mother.

The movie takes a long hard look at how patriarchy plays into everyone’s life and how long anyone can suffer when it comes to respect and identity.

Alia Bhatt plays the role of a woman torn between love, ease vs self-pride. Badru and Hamza(Vijay Varma) have been married for three years and live in a typical Mumbai Chawl, which provides basic, affordable accommodation. They are like the “frog and the scorpion story”, in love yet he can’t give up their basic characteristic. He is an alcoholic, loses his temper often, is violent and manipulative. He beats Badru over trifle matters and later sweet talks her. Badru, after losing her baby, decides to take things in her own hands with her mother’s help.

Darlings are getting all the love across as every actor has done a phenomenal job, however, the script hasn’t gone down well with a certain section of the audience as it shows violence against men.

I have seen the movie and I love the performances by all the characters. A dark comedy that kept me hooked.