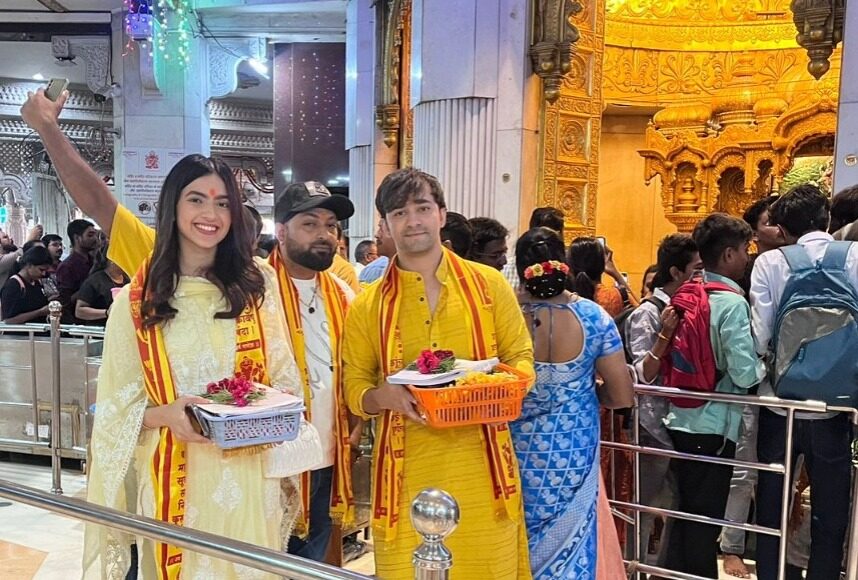 Breaking! Actress Kashika Kapoor announces her big Bollywood debut as lead in Pradip Khairwar’s upcoming untitled rom-com. say’s “I am one step closer to fulfilling my parent’s and my biggest dream.”

Kashika Kapoor, a 19-year-old actress, has consistently delivered amazing performances. She is one of the “Tinsel Town” actors who has made a name for herself in the hearts of the audience. And now, the internet has been buzzing since the actress’s imminent Bollywood debut was announced.

Kashika never fails to steal the show in music videos or web series. And now, the actress is preparing to make a place in her audience’s hearts with her huge first film in a never-before-seen avatar. Kashika discloses her major wish come true moment when questioned about the film, saying “Yes! Finally, now that I am able to speak about it and by the grace of Ganpati Bappa, I am ready to begin working on my first Bollywood movie. My movie is scheduled to start shooting by the end of next week, and I am beyond excited about the chance. I’ve always pictured myself acting in my first Bollywood movie at the age of 20, and with this movie, my goal is finally coming true. There is a bit more to it than what meets the eye. We took a lot of time to understand and develop each aspect of my personality for this part. For my role, I have been attending workshops constantly, and it has been a fascinating experience.”

When asked about the movie, the actress reveals, “Pradeep Kahirwar Sir, who has helmed numerous well-known films like Sarkar 3, Blind Love, and many others, will be directing this untitled rom-com. The movies will cover a very delicate subject—girl education—with a strong message that will be sent to young people, but the story will also take many unexpected turns. I will be sharing screen space with Anuj Saini and I am really excited about it.”

Sharing the news with picture along the cast the actress captioned saying,” After reading a plenty of scripts …I’ve been blessed with this one script that deeply touched my heart💗 “Kehte hain agar kisi cheez ko dil se chaho … to poori kainath use tumse milane ki koshish mein lag jaati hai”,here’s presenting the biggest surprise for you all,I am one step ahead towards fulfilling my parents & my dream🙏🏻💗so here’s announcing my first ever debut film,thank you @prradipkhairwar__nirdeshakh ji for giving me the biggest opportunity of my life & for believing in me sir♥️ & thank you to all my fans for all the love & support always💗thank you god 🙏🏻 to new beginnings 💫💫”

The cast and the director visited Siddhi Vinayak Temple to seek blessings before the film went on the floor. The film will begin shooting by the end of December.

On the work front, Kashika was recently seen in Ankit Tiwari’s music video Sajaan and apart from that, she made her OTT debut with Voot’s recently released web series, The Vibe Hunters. Kashika is even the face of FREE FIRE as MOCO- done by the Rohit Shetty team.