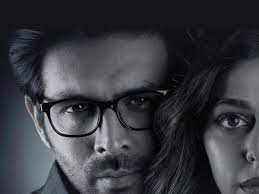 Kartik Aaryan, a Bollywood actor, got to experiment with a new part of himself while filming his next streaming movie “Freddy,” which allowed him to do a lot of self-exploration. He believes that the title character has dark undertones rather than being a typical Bollywood hero.

The movie follows the journey of Dr. Freddy Ginwala (played by Kartik), a quiet, lonely, and socially awkward man who enjoys playing with his model airplanes. Hardy, his pet turtle, is his sole buddy.

Aaryan revealed a glimpse of his persona by saying: “The protagonist is a dark figure; he is not your typical Bollywood hero. He wouldn’t be seen as a hero at all. I was inspired to push myself as an actor at every turn by my character in Freddy, who also allowed me to explore new aspects of my art.”

The actor expressed his joy at becoming a part of the movie, saying: “It’s distinctive. It’s compelling. There hasn’t been a good dark thriller in a long. At every turn, Freddy keeps you on the edge of your seat. I hope people will appreciate the effort and all we tried to do with the movie since it’s very special to me.”

On December 2, 2022, “Freddy,” a direct-to-digital production, will debut on Disney+ Hotstar.