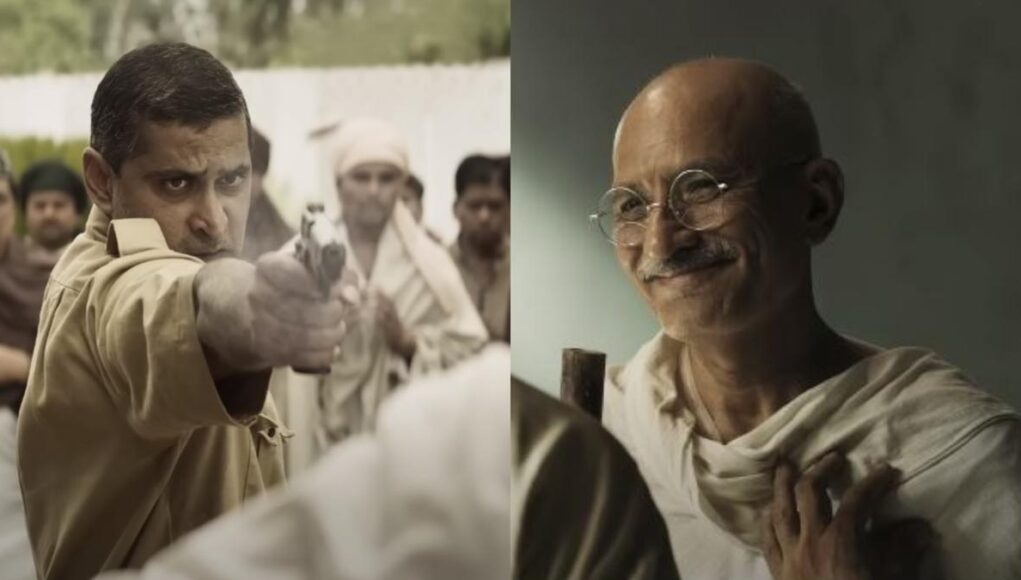 Fmilmaker Rajkumar Santoshi returns to Hindi cinema after a decade with his upcoming movie Gandhi Godse-Ek Yudh. The movie has an interesting plot, what if Gandhiji had survived the assassination attempt. Chinmay Mandlekar, a Marathi actor, plays the character of Nathuram Godse while Deepak Antani is Gandhiji in the film.

The movie is set to release on January 26th, Republic Day and it marks the 75th death anniversary of Mahatma Gandhi on January 30th. Produced by Manila Santoshi, the music for the movie is given by AR Rahman. Actor Anuj Saini and Tanisha Santoshi (Rajkumar Santoshi’ s daughter), both will be making their debut with the film.

The movie is going to be a period drama, where Gandi and Godse both express their ideologies. He said, “I sympathize with both Gandhi and Godse. As much credit as Gandhi got, he also faced allegations. To date, people ask why he couldn’t be more assertive about saving Bhagat Singh from death sentence. Similarly, during his trial after killing Gandhi, Godse gave a statement in court, which was curbed for decades. Until recently, no one knew what he had said. I feel that was unjust to him. People should know what he had to say in his defence.”

Gandhiji and Godse had different beliefs and this movie tries to show the same with honesty. He further adds, “The idea behind this film is to give platform to Godse to express his viewpoint and also to Gandhi to respond to the allegations. We are presenting both sides without being partial to anyone.”

The CBFC members suggest the movie should be shown in colleges and schools.