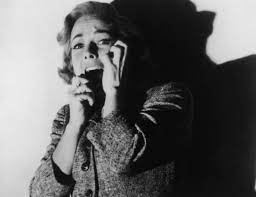 Early summer and the last few weeks of the year are popular times for Hollywood to release big-budget catastrophe films. With its 2021 Annual Report to Congress, the Financial Stability Oversight Council has joined in the fun. Climate change, pandemics, and cyberattacks are the report’s first three major, dramatic, and eye-catching threats. Each has inspired catastrophe films, TV programmes, and novels. Each has a lot of political clout, which comes in useful when it comes to pushing for more funds and more authority. Planning for Hollywood catastrophe movies, on the other hand, results in inadequate risk management.

Climate change, for example, has the potential to jeopardise financial stability in a variety of ways. It might result in a natural disaster that shuts down several major financial institutions, similar to Superstorm Sandy, but larger and more widespread. Rising sea levels might degrade the value of real estate that was meant to be uncorrelated, causing huge losses in securities that were not expected. Government laws aimed at reducing CO2 emissions might devalue fossil fuel reserves, oil firms, automobile manufacturers, and other businesses, potentially resulting in corporate and government bankruptcies and bank collapses. It’s not difficult to think of many more.

The challenge is that thinking about climate change necessitates depending on models that foresee future decades, not just climate but also human reactions, and dealing with a wide range of consequences at once. Preparing for natural calamities is a more manageable job. For one thing, whether you’re concerned about climate change or not, you must participate. For another, you have tens of thousands of historical instances and a firm grasp of scientific principles.

Of course, other factors such as climate change, a mechanism that causes huge expanses of real estate to change value at the same time, changes in government legislation, and so on must be taken into account. However, each of them should be examined separately, without regard for the reason.

Risk managers consider each of these possibilities without delving too deeply into the reasons for their occurrence. If you lose access to your servers due to physical devastation, loss of communication links, hacking, employee misbehaviour, or technological fault, you’ll need a contingency plan, whether the main reason was climate change or something else.