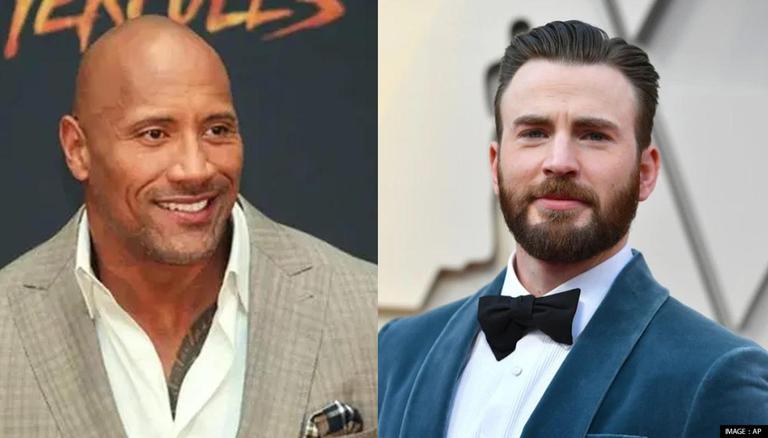 The Captain America star Evans and The Rock are all set to work together in Amazon’s upcoming holiday movie in yet unspecified roles.

As per the reports, Evans will appear in a starring role in the holiday movie ‘Red One’ along with Dwayne Johnson. The filming of the movie has been scheduled to begin this year. The movie is said to be a “globe-trotting, four-quadrant action-adventure comedy, yet to confirm the plot details. The story of the film is based on Hiram Garcia, President of production at Seven Bucks Productions.

Amazon and production company Seven Bucks said in a statement that that Red One represents a “unique concept” for a movie that could make it not only a “tentpole film” but also a project that “could reach beyond entertainment across multiple industries and businesses.”

Director of the new Jumanji films, Jake Kasdan will be directing Red One from a script by Chris Morgan who previously joined writing team of Hobbs and Shaw and The Fate of the Furious.

It will be another big movie for the year for Evans. The actor will also be seen in The Gray Man for Netflix from the Russo brothers. Prior to this, Russo brothers directed the latest Avengers films. It’s said to be that it will be Netflix’s most expensive movie of all time. Addition to this, Evans will be playing Gene Kelly in an upcoming film.

Dwayne Johnson has lined up to star in an adventure comedy film DC League of Super-Pets, directed by Jared Stern. Another film of Dwayne, Black Adam is an upcoming American superhero film which is based on the DC Comics character of the same name.