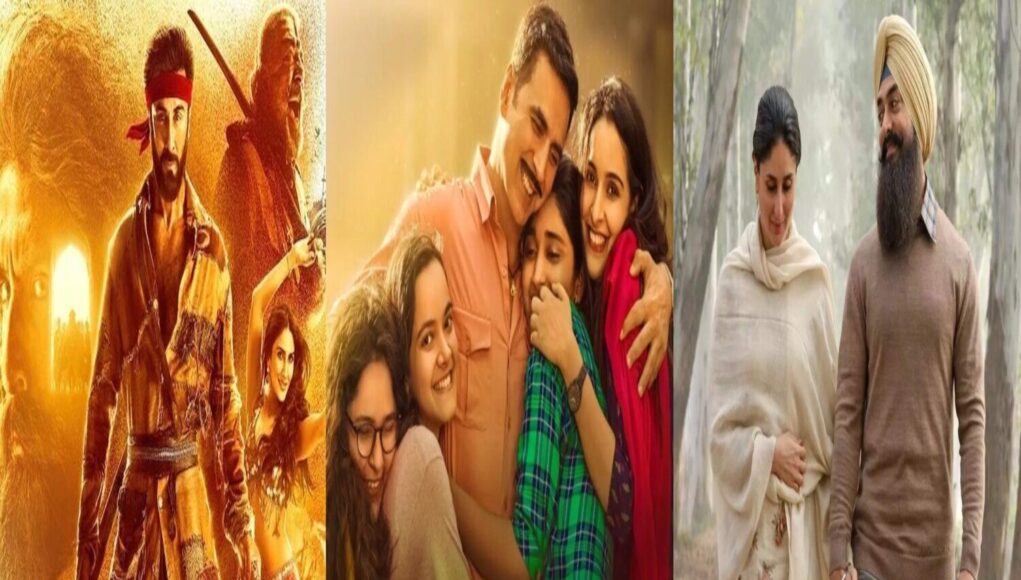 Shamshera was launched in July after being delayed owing to Covid-19, and it vanished from theatres after three weeks, only to be streamed on Amazon Prime on August 19, a now-familiar escape for failed Bollywood films.

Shabash Mithu, a Rs 30-crore budget cricket film starring Taapsee Pannu, failed to bring viewers to theatres, earning an estimated Rs 2.14 crore at the box office. A month after its theatrical premiere, it was made available on Netflix to garner critical and popular acclaim. The film topped Netflix’s ‘Top 10 in India today for two weeks in a row and has since dropped out of the top spot.

Sandeep aur Pinky Faraar (2021) has been a Netflix favorite for weeks, but the film, which cost Rs 20 crore, failed to make a crore at the box office. Bell Bottom (2021), a film starring Akshay Kumar and produced for an estimated Rs 168 crore, grossed Rs 50 crore globally. Ayushman Khurana’s films, Chandigarh Kare Aashiqui (released in 2021) and Anek (2022), both failed at the box office before finding success on Netflix. Within 24 hours of its release on January 7, 2022, Chandigarh Kare Aashiqui became the most-streamed content on Netflix.

“Every spectator has a different taste in movies. Many films fail at the box office owing to poor early reviews and criticism. The OTT distribution provides viewers with a new opportunity to see and understand the film.