WhizBliz
Home Viral In Guwahati, an elephant handles a vehicle like a toy 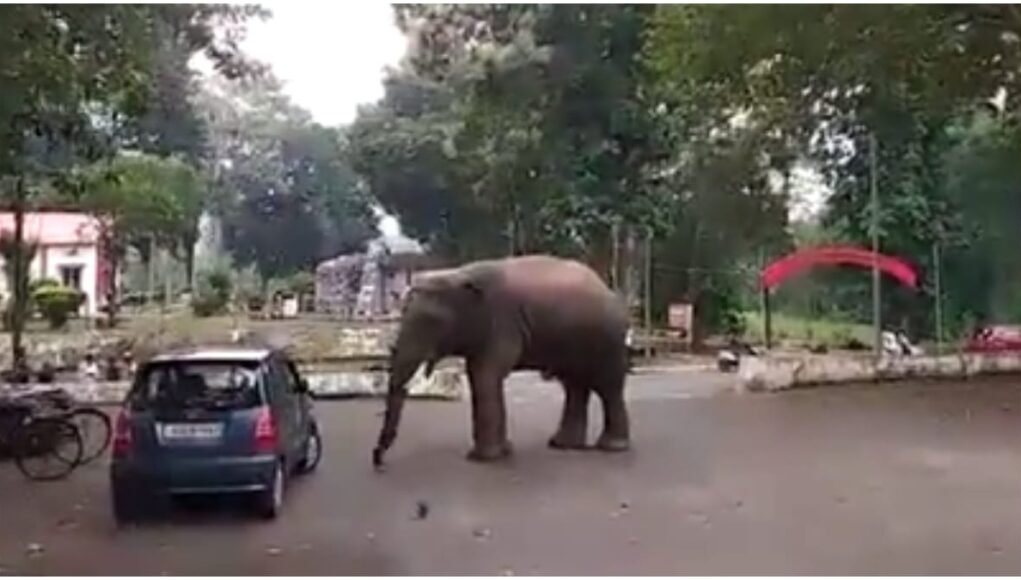 Despite their reputation as peaceful giants, there are a number of films online that show how violent elephants can be. The opposite side of elephants is nicely depicted in a video of an elephant that has been making the rounds on the internet. The video, which IFS officer Susanta Nanda reposted on Twitter, will leave you speechless.

The footage was taken at the Narengi Military Station in Guwahati, Assam, and features an elephant in front of a car. The giant begins moving the vehicle in a circle with its trunk a few seconds into the video. People can be heard yelling and slamming dishes in the background in an attempt to frighten the elephant. However, the animal ultimately pulls the automobile back to the spot where it first pushed it.

The video is quickly receiving views and comments. While others emphasised how people had invaded woods and driven wild creatures from their homes, others believed that the elephant just believed the automobile to be a toy to play with.