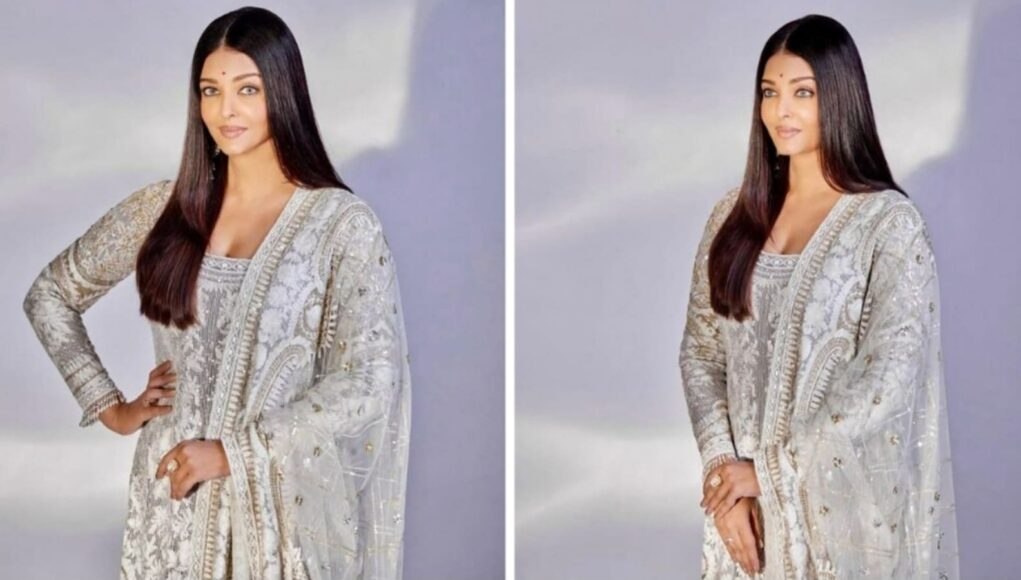 Actress Aishwarya Rai posted a number of images from a recent photo shoot to her Instagram account. She wore an ethnic white outfit. She posed for the camera in one of her photos with her hand on her waist. She gazed down while holding her outfit in another image. Even her finger was adorned with a white ring. She received several praises on her photos from her followers. On September 30, the movie is expected to be released.

She used the dazzling heart emoji to caption her photos. “Wow, queen posted,” said one of her followers. “Timeless beauty,” another admirer remarked. “Can’t wait to see you on big screen tomorrow,” another fan remarked. Back to the movies, please! Nandini Devi, the Puzhuvoor Queen. Many of her followers used heart emojis to express their enthusiasm for her release.

With the upcoming historical drama Ponniyin Selvan: I, Aishwarya, who made her acting debut in 1997 with Mani Ratnam’s Iruvar, is returning to Tamil cinema. The film, which is directed by Mani Ratnam and is based on the same-titled Tamil novel by Kalki Krishnamurthy, also features Jayam Ravi, Vikram, Karthi, Trisha Krishnan, and Sobhita Dhulipala. On September 30, the AR Rahman musical will be launched in theatres in the following languages: Hindi, Tamil, Telugu, Malayalam, and Kannada.

The movie will be released in two parts, each of which cost Rs. 150 crore to produce. According to new information from Mani Ratnam, the second act of the film would be released between six and nine months once VFX and post-production are finished.