WhizBliz
Home Lifestyle Is diabetes at increased risk from snoring? 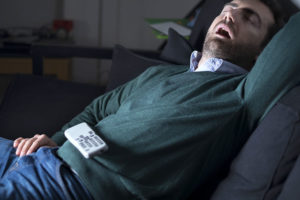 One is more susceptible to both minor and chronic sleep disturbances as one becomes older and their lifestyle patterns change. And sleep apnea is among the most prevalent and potentially dangerous illnesses in which breathing often pauses and resumes. Loud snoring and feeling exhausted even after a full night’s sleep are two of the most obvious signs of sleep apnea. Experts claim that untreated sleep apnea can lead to more significant health issues. So, is there a connection between diabetes and sleep apnea as well? Experts concur!

Dr. Samith A. Shetty, a consultant diabetologist at Sparsh Hospital, explained as follows: “One of the risk factors for both diabetes and sleep apnea is obesity. In consequence, obesity contributes to and exacerbates insulin resistance, which is a major cause of diabetes. He clarified that obesity, which is a risk factor for diabetes, is typically one of the reasons for obstructive sleep apnea in patients.

According to Dr. Shetty, obstructive sleep apnea affects the way that glucose is metabolized, encourages insulin resistance, and ultimately results in the onset of type 2 diabetes. Obesity is the moderator in this. Its moderating effects from obesity are accelerating.

He noted studies demonstrating a link between inadequate sleep and decreased leptin levels, which help control glucose metabolism. Dr. Verma furthered the connection by stating, “The common disease known as obstructive sleep apnea is characterised by upper airway instability while you sleep, which results in the airflow being greatly reduced or nonexistent. During these episodes, regular oxygen desaturations, cyclical fluctuations in blood pressure and heart rate, and disturbances to sleep architecture including the loss of slow-wave and rapid eye movement sleep are usually present.

As a result, it has been discovered that a variety of sleep-related issues may have a big impact on the development of type 2 diabetes. Short sleep duration and irregular circadian rhythms are associated with a higher risk of type 2 diabetes, according to the expert.