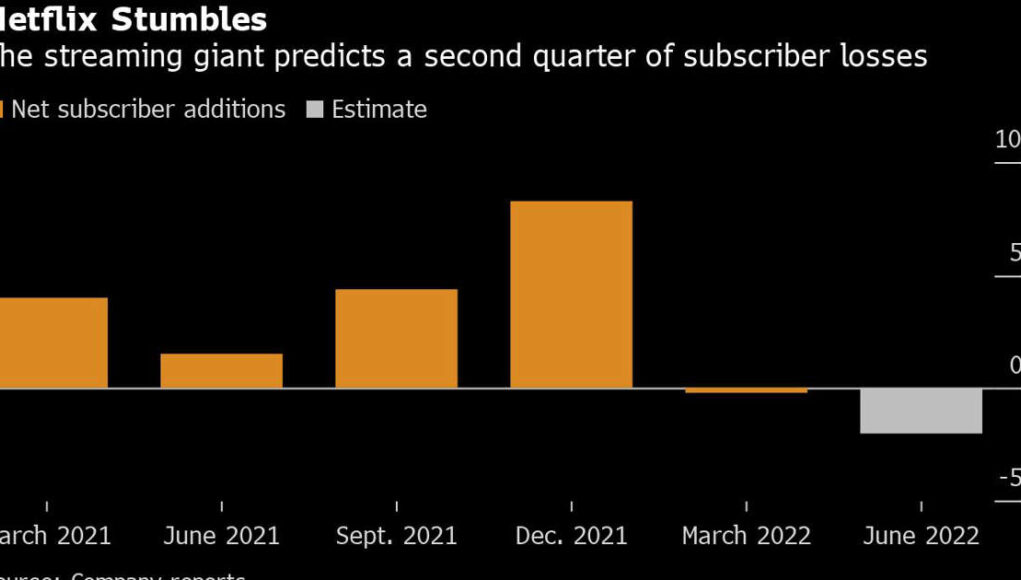 Netflix Inc. announced it will cut spending on films and TV series after announcing its first subscriber loss in more than a decade, sending K-drama stocks down on Wednesday.

An equal-weighted basket of local drama makers’ equities fell around 2%, underperforming the Kosdaq Index, which contains roughly a dozen of the businesses. In extended trading, Netflix shares fell 26% as the firm anticipated a 2 million user loss this quarter, sending other streaming companies down as well.

Analysts, on the other hand, believe the stock price drop will be short-lived because Netflix is unlikely to reduce its content investment in Asia, which was the only area where the streaming giant witnessed subscriber growth in the first quarter. In Asia, Netflix attracted over 1 million new subscribers, aided by popular new movies including the South Korean thriller “All of Us Are Dead.”

Major production companies like as Studio Dragon Corp. and Jcontentree Corp. were among the largest losers in South Korea on Wednesday, plunging as high as 6.3 percent and 5.2 percent, respectively, before trimming losses. “Crash Landing on You” and “Sweet Home” are Netflix originals from Studio Dragon, while “D.P.” is a Netflix original by Jcontentree.

Since the release of Squid Game in mid-September, a basket of K-drama stocks has risen nearly 9%, with the series boosting the popularity of Korean content globally and prompting global players such as Walt Disney Co., Apple Inc., and Warner Media to invest in local-language titles and original series to entice subscribers.

The Korean survival drama became Netflix’s most popular series, featuring deeply indebted individuals playing dangerous childhood games for a large monetary reward. After a six-fold increase in worldwide viewing hours for Korean episodes in 2021, Netflix unveiled its largest ever portfolio of Korean programming in January, with more than 25 programs.

After Netflix’s earnings, Lee Kihoon, an analyst at Hana Financial Investment Co., remarked, “It’s not awful for Korean enterprises.” “Netflix will raise its expenditure in South Korea since Asia is its sole source of development.”