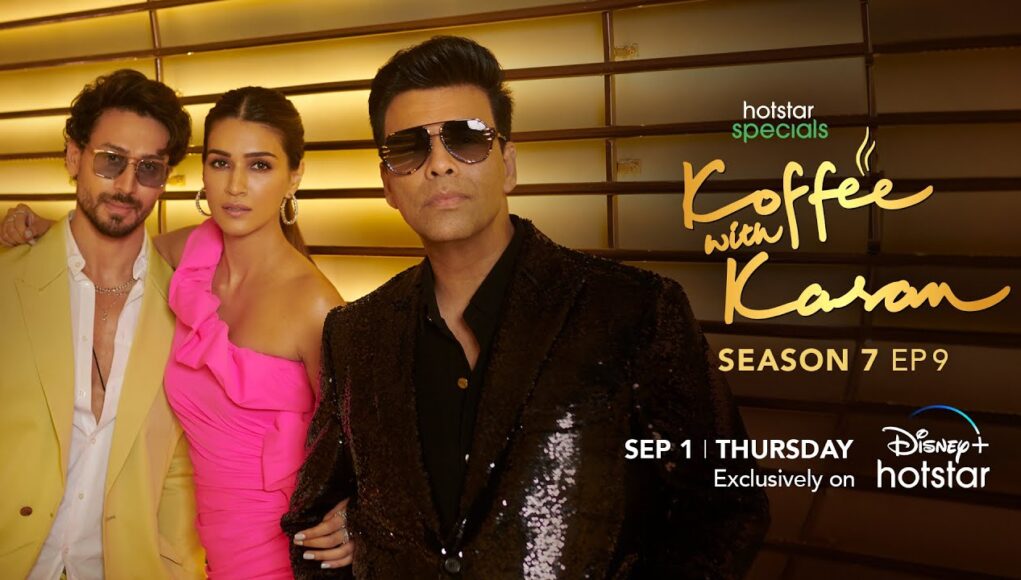 Kirti Sanon, belongs to a middle-class household and her family has certain moral values, she has to abide by. No matter how successful or rich you become, the middle-class culture and beliefs go along with us. A successful, young bright modern girl of today’s time, Kirti, hails from Delhi and in a recent episode of ‘Koffee With Karan Season 7’, revealed her mom, Geeta Sanon has to say ‘yes’ before she signs on any role.

Karan Johar has shared the first trailer for the upcoming ninth episode of Koffee With Karan which features Kirti Sanon along with her Heropanti co-star Tiger Shroff. The duo will be sharing their Bollywood journey, getting rejected at the auditions, and their personal rapport.

On Instagram, Karan shares, “Lots of Heropanti, flipping conversations and giggles on this episode with this duo! #HotstarSpecials #KoffeeWithKaranS7, Episode 9 streaming this Thursday at 12:00 am on Disney +Hotstar.”

In the upcoming episode, Karan can be seen asking Kirti about getting rejected at various auditions before starting ‘Heropanti’ opposite Tiger Shroff in 2014. Kirti revealed she had also auditioned for ‘Student of the Year and that was an “oops” moment for Karan.

In a previous episode that featured Kiara Advani, KJo spilled the beans about Kirti Sanon being the first choice for his segment in Lust Stories. He revealed, “I offered the role to Kirti Sanon first. She said her mom would not allow her.”

For those unversed, Kirti’s mom is a science Professor at Delhi University. Meanwhile, she has two films lined up-Ganapath, Adipurush co-starring Saif Ali Khan. She will also be seen in Bhedia along with Varun Dhawan.