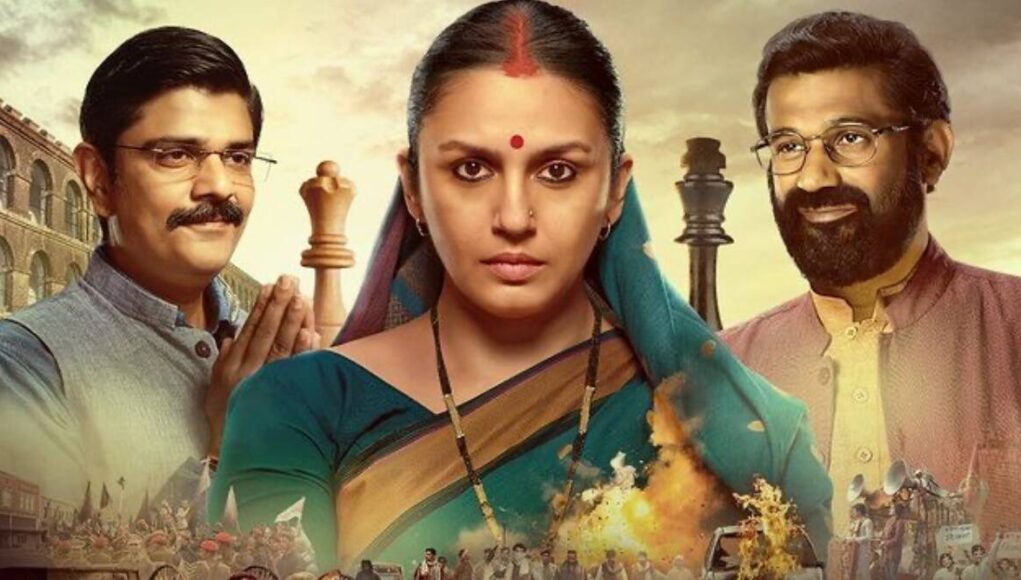 For anyone who is well-versed in Bihar politics, you must know of Nitish Kumar, who dumped their one-time ally, the BJP, to walk hand in glove with Lallu Prasad Yadav’s Rashtriya Janata Dal- hence proving a point that the political friendships are not deep-rooted in ideology or stable vote banks but in the way, the tide moves. It victory based and the only agenda is to move forward.

Rani Bharti, hereby played by Huma Qureshi, the dynamic woman with a blood-red bindi, kohl under her eyes, and Kumkum in her middle parting, deserves a standing ovation for the confidence with which she has played the role.

Story and screenplay by Subhash Kapoor, Nandan Singh, and Umashankar Singh, Maharani Season 2 treads the path of a fuming political pressure narrative and a serious attempt to keep up with the expectations of the audience after Season 1.

The story opens with her being investigated for being an ally in the plot to kill her husband. Here is a woman who has an entire state to run, three children to raise, and a husband who is her enemy and swears to defeat her. However, she is not bogged down by hatred or competition. She has become more confident and commands deference from all. She does not hesitate to express anger or frustration when incompetent ministers fail to perform. Meanwhile, she has not lost her humanity and showcases great sorrow when a model is raped, and a mother loses her son.

This 10-series episode takes us through political drama and touches upon topics like reservation, caste, and religion.

Overall, the second season of Maharani on Sony Liv keeps you engrossed and gives us a real picture of what politicians do to stay in power.