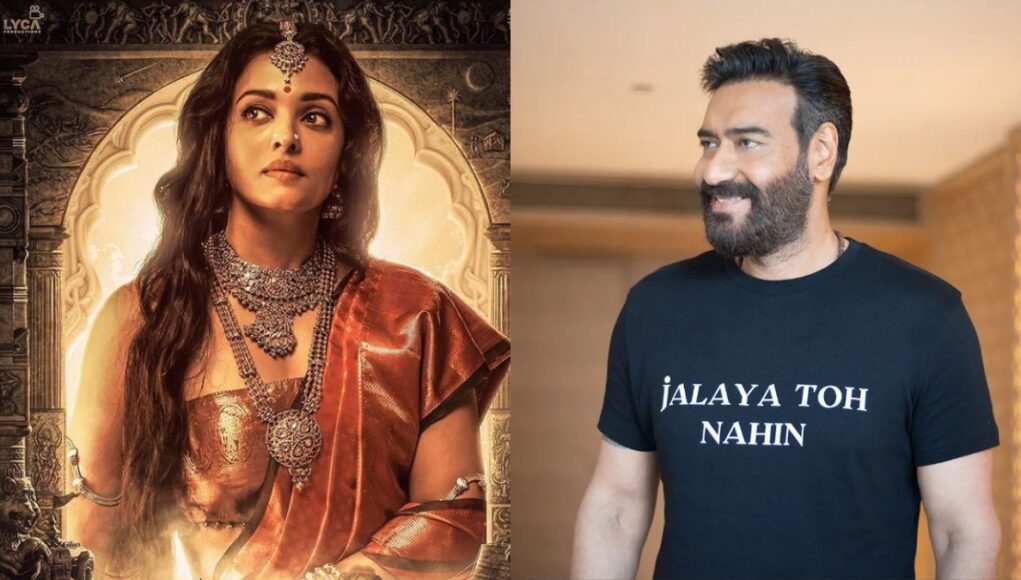 Ponniyan Selvan, I starring Chiyaan Vikram, Aishwarya Rai Bachchan, Jayam Ravi, Karthi and Trisha is among the highly anticipated movies in the upcoming months. A big budget period movie has everyone waiting eagerly. The trailer of the film has left everyone spellbound and at a press conference, a big revelation was made.

At a press conference in Mumbai, he disclosed that Ajay Devgn is going to be the narrator of the Hindi version of the film. He thanked the versatile star whom he had worked before in Yuva. He also thanked Anil Kapoor who gave his voice for the Hindi dubbed version of the theatrical trailer.

Mani Ratnam said, “PS has been a dream for a very long time, since the time I first read the book during my school days. I neither thought I’d ever get into films, nor did I think I’d make it. But it’s always been my calling to be made. It’s so spectacular as a story and as an adventure. Several people had tried to do this before. They couldn’t for various reasons. Maybe they wanted to leave it for me! I am so happy and glad that I got a chance to make it, that too at this point when technology has improved tremendously.