WhizBliz
Home BTS World When a fan claims that Jungkook ignores them, V of BTS responds... 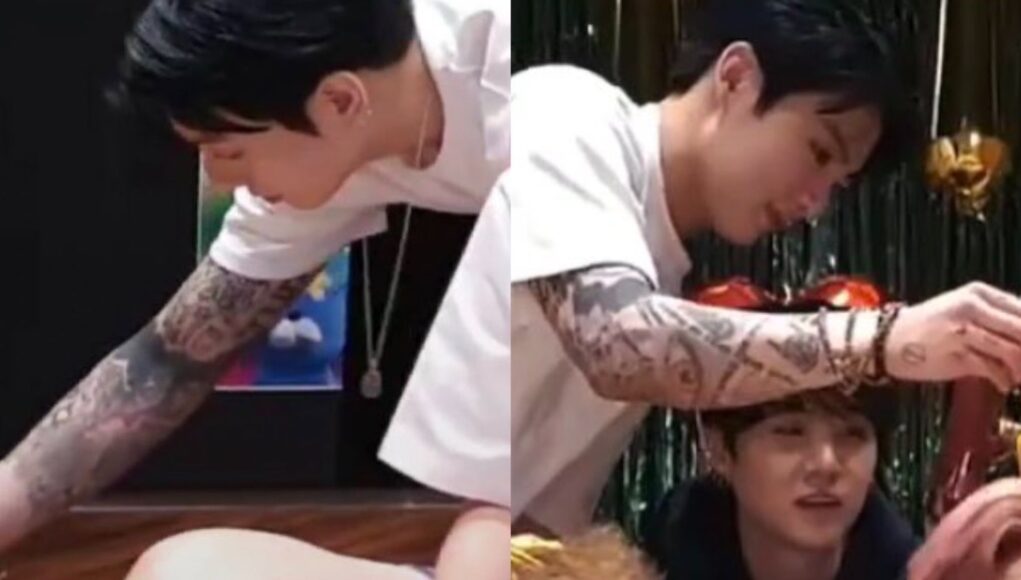 V, a member of BTS, has been communicating with the ARMY on social media and sharing his thoughts with them. Using Weverse, V discussed his friendship tattoo in depth, his album, his favourite jazz musician, and group members Jimin and Jungkook, among other topics.

V previously briefly went live on Instagram. He chuckled and then became shy as he tried to host a live session by himself. V remarked in the brief movie, “Originally, corporate workers had to show there in order to do a live show, but since a new live button had been added following the upgrade, I just clicked on it to check whether it was functioning. It’s a test, really.”

A supporter questioned him, “Were you testing the app?” when he began replying to ARMY’s postings on Weverse. “I’m trying and clicking on everything,” V retorted. Yeontan, V’s beloved dog, was asked what he was up to, and V responded, “I don’t know. He is staying with my parents.

A supporter enquired, “When will Taehyung be appearing in a drama or film? I’m interested in Taehyung’s acting.” V said, “Have you seen the film Nemo? I recently saw it and was moved…” V identified Bing Crosby as his “favourite jazz performer” when asked who it was. V added that he doesn’t play golf or go to the gym. When someone enquired, “I’m a bit drowsy, Taehyungah (sleepy emoji)!” he responded to the question. Asking me these kinds of inquiries is pretty endearing.” The query was posed in an informal manner.

V will perform at a concert on October 15 alongside BTS members RM, Jin, Suga, J-Hope, Jimin, and Jungkook. The free performance, titled Yet to Come, will occur in Busan. The event is being conducted to boost South Korea’s proposal to host the World Expo in 2030.