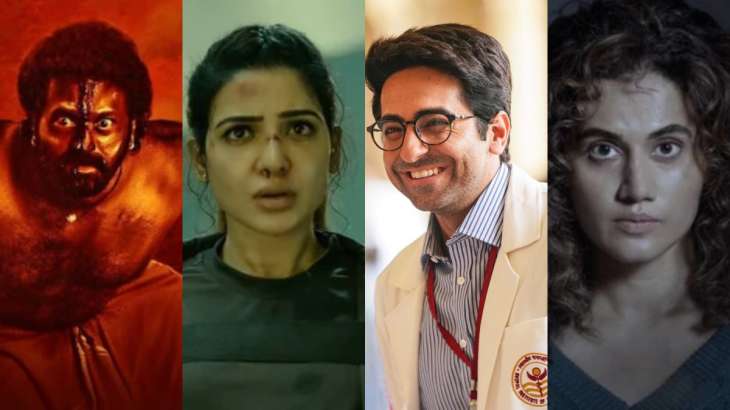 From Samantha Prabhu’s Yashoda to Rishabh Shetty’s Kantara in Hindi, Netflix, SonyLiv, Zee5, Voot Select and others promise to keep us busy. Here’s what you can see.

Releasing on Netflix, Kantara is set around a small community living in the woodlands of Kaadubettu in the southern coastal state of Karnataka. Weaving an interesting plot of human versus nature conflict, where death leads to a war between villagers and evil forces and Shiva, a rebel defends his village and nature.

Ayushmann Khurrana and Rakul Preet Singh’s Doctor G follows the struggle of a male doctor who is interested in orthopedics but gets into gynecology and this leads to a chaos.

This is a remake of Spanish horror film Julia’s Eyes, and this is Taapsee Pannu’s first production venture, and she is also starring in the movie.

The movie is about a 29-year-old Emma, whose father starts dating her school frenemy, and embarks on a mission to break up the happy couple so they won’t have to spend their holidays together.

If you are in a mood for laughter with your friends and family, watch Zakir Khan take the platform with his exclusive stand-up comic acts.

This is a story of Abhay, who is from Mumbai’s slum area, approaches life differently and aspires to achieve his goals faster than time. Manjiri, has a different approach and the intense love story depicts Abhay’s struggles between love and need and greed for money.