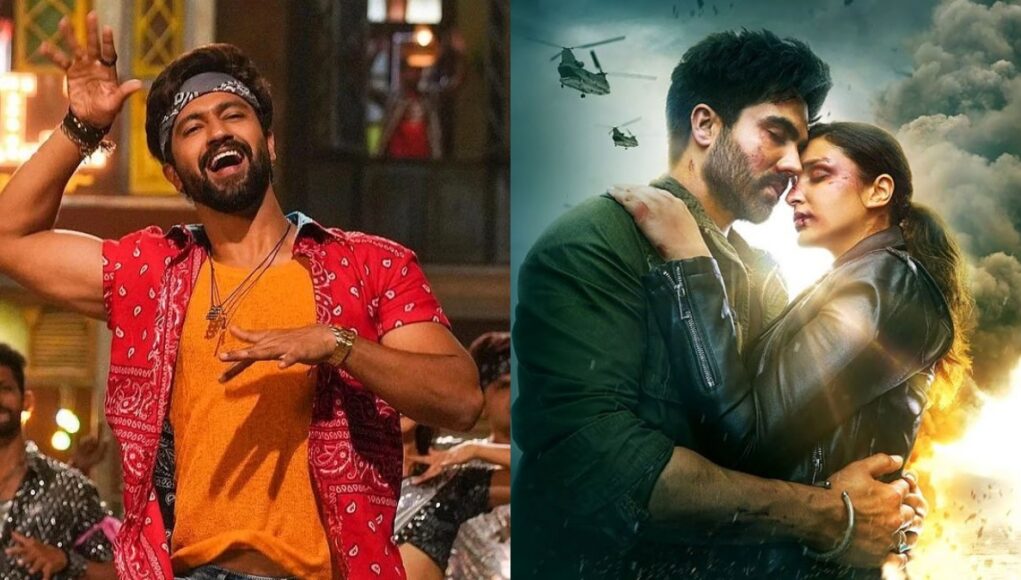 This weekend will be packed with entertainment such as ‘Govinda Mera Naam’, ‘Code Name Tiranga’, ‘The Pact Season 2’ and several other shows that can hold your interest.

The latest B-town flick has our young man Vicky Kaushal as the 90’s young man who strikes a balance between his wife and girlfriend. This movie can be seen on Disney + Hotstar from December 16. ‘Govinda Mera Naam’ has Kiara Advani and Bhumi Pednekar as well.

‘Code Name Tiranga’, is the story of a fearless and patriotic spy who will fight for the nation at all costs. It stars Rajit Kapur, Sharad Kelkar and Shishir Sharma. Available on Netflix, it has been directed by Ribhu Dasgupta.

The Pact Season 2 on Lionsgate Play tells the suspenseful and emotional story of a social worker Christine and her family trying to get on with their lives after the recent tragic death in the family. But their loyalties are tested when they’re confronted by a stranger Connor, who arrives in town, claiming a connection, no one could imagine.

Shadyantra- Hina Khan’s first teleplay is a murder mystery where she essays the character of Natasha Malhotra Tiwari. She is leading a normal life till a murder happens and the course of events changes in her life. This drama released on the 18th of December and is full of deceit, ambition, greed, betrayal, revenge, lies and all this makes an intense, good watch.

Strong Fathers, Strong Daughters- This is a family comedy-drama movie, inspired by Dr Meg Meeker’s bestselling book by the same name. It’s a story of a wealthy businessman who loves his three daughters. He has their life path chalked out but lo and behold! They have other plans. Steve actually finds out what being a strong father means!