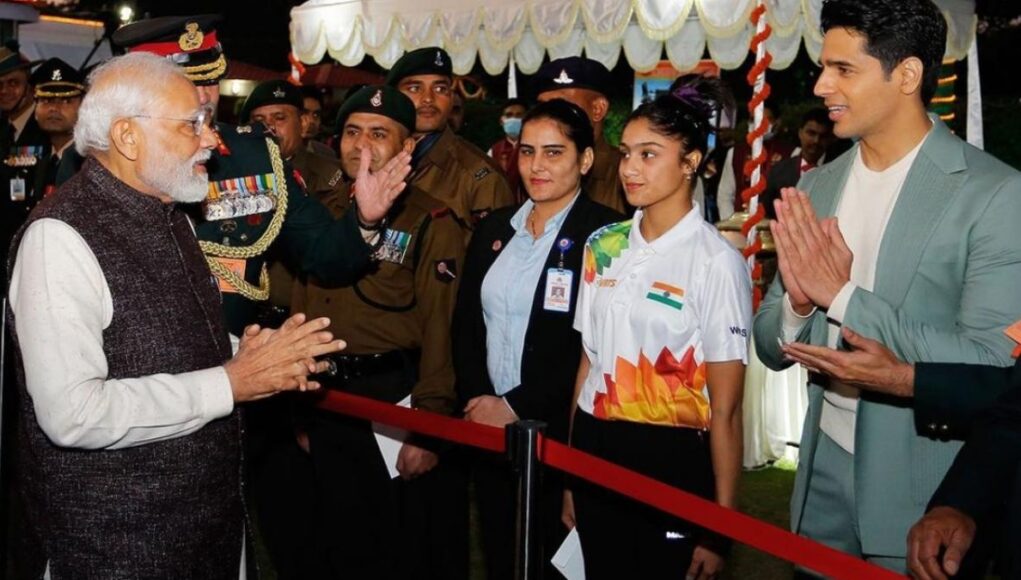 Sidharth Malhotra was invited for the Vijay Diwas Jashn and he shared his pictures of the event on his Instagram post.

He wrote, “It was truly an honour and such an incredible experience for me to be invited for our Vijay Diwas Jashn, by the Chief of Army. To top it all, to be in the esteemed company of The President of India, Smt. Droupadi Murmu and Hon. Prime Minister @narendermodi ji was even more special!”

“Interacting with the heroes of our country, filled me with pride and so much emotion that this day is a memory I truly will cherish forever. Big love and respect.”

This occasion is celebrated on December 16th each year to commemorate the victory of India in the 1971 India-Pak war. 93000 Pakistani soldiers laid down their arms before the Indian forces.

Siddharth Malhotra played the role of Captain Batra in the movie Sher Shah in the year 2021. His performance won him accolades and the movie was directed by Vishnuvardhan and did good business at the box office.