WhizBliz
Home OTT What is the maximum number of streaming services that a person may... 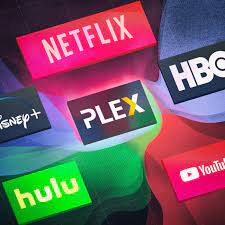 There will undoubtedly be some roadkill in the streaming video sector due to its fast expansion. In North America alone, there are around 50 services, ranging from well-known names like Amazon Prime, Apple TV+, Disney+, HBO Now, Netflix, Paramount+, and Peacock to lesser-known names like Break Movies, BritBox, Docurama, Feeln, Snagfilms, and Viki.

Few smaller businesses will be able to create or purchase interesting content. For example, Amazon.com Inc. has agreed to pay $8.45 billion for the legendary MGM studio, while Netflix is said to have paid more than $10 million per episode for blockbuster series like Stranger Things and The Crown, while paying $2+ million per episode for shows with lesser viewership.

Frndly TV, a virtual Multichannel Video Programming Distributor (also known as vMVPDs, these businesses package cable networks much like a cable or satellite operator would and deliver them via the Internet), recently declared they have reversed the trend of losing money. After little over two years on the market, they reported last week that they are profitable and that the service had more than 500K customers (it launched in October of 2019).

They have a standard service with one stream for $6.99/month, two streams with a cloud DVR in HD for $8.99/month, and four streams in HD in a cloud DVR for $10.99 (the latter premium service also allows you to keep recordings on the DVR server for nine months instead of three months for the $8.99/month offering). They also provide a 72-hour look back service.

Former DISH Network executives founded the firm, and they certainly know how to put together a low-cost package. They don’t have any sports programming, and they don’t have any of the big-name, high-priced general entertainment channels. Rather, Frndly TV has concentrated on free and low-cost networks such as BabyFirst, Dove Channel, GAC Family and GAC Living, the Hallmark Channel family, Sportsman Channel, and World Fishing Network.