WhizBliz
Home OTT What to watch on OTT platforms this week: Kurup, Decoupled, Marakkar, and... 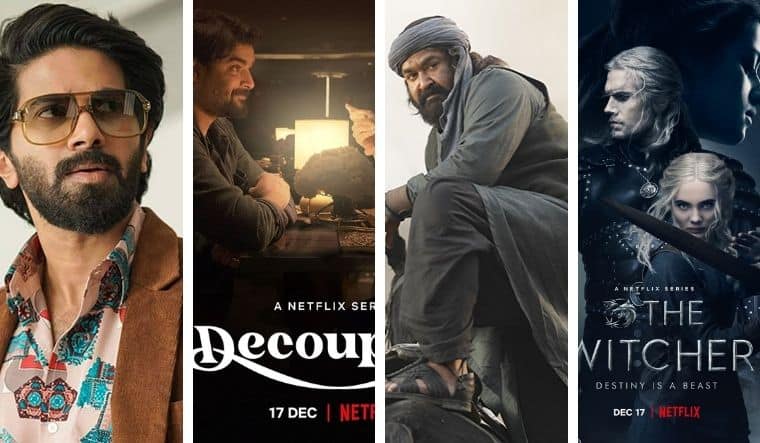 Streaming platforms are preparing for the forthcoming holiday weeks by releasing new content. Even big-budget films that have recently been released in theatres will be available on OTT platforms in the coming days.

Kurup, directed by Dulquer Salmaan and released in November, is now available to view on Netflix. The film was supposed to be released on December 17, but the platform pushed it back. Kurup is a biographical criminal thriller based on the life of Sukumara Kurup, Kerala’s most sought fugitive since the mid-1980s. Indrajith Sukumaran, Sobhita Dhulipala, Sunny Wayne, Bharat Srinivasan, Shine Tom Chacko, Surabhi Lakshmi, and Vijayaraghavan Pillai also appear in the film.

The comedy series stars R. Madhavan and Surveen Chawla as a couple who are debating whether or not to divorce. The series, which is produced by Bombay Fables and Andolan Films and is set in Gurgaon, is written by Manu Joseph and directed by Hardik Mehta. Madhavan’s character has “a pretty unadulterated sense of objectivity and clarity,” which is entertaining, especially when contrasted with Surveen’s calm and serene wife Shruti.

After being delayed many times due to the epidemic, the highly anticipated Mohanlal-starrer finally hit theatres earlier last month. Priyadarshan wrote and directed the film, which stars Arjun Sarja, Suniel Shetty, Manju Warrier, Keerthy Suresh, Nedumudi Venu, and Pranav Mohanlal among others. Marakkar: Arabikadalinte Simham, directed by Priyadarshan and produced on a budget of Rs 100 crore, is based on the life of Kunjali Marakkar IV, the naval head of the Zamorin of Calicut. Best Feature Film, Best Special Effects, and Best Costume Design were among the three National Awards given to the historical drama.

The popular programme is based on Andrzej Sapkowski’s Witcher books and chronicles the quest of Geralt of Rivia, played by Henry Cavill. It is the narrative of three characters whose fates are connected in the immense continent of The Continent, where humans, elves, witchers, gnomes, and monsters fight to survive and prosper, and where good and evil are difficult to distinguish. Cavill is joined by Anya Chalotra as Yennefer and Freya Allan as Ciri in the cast.