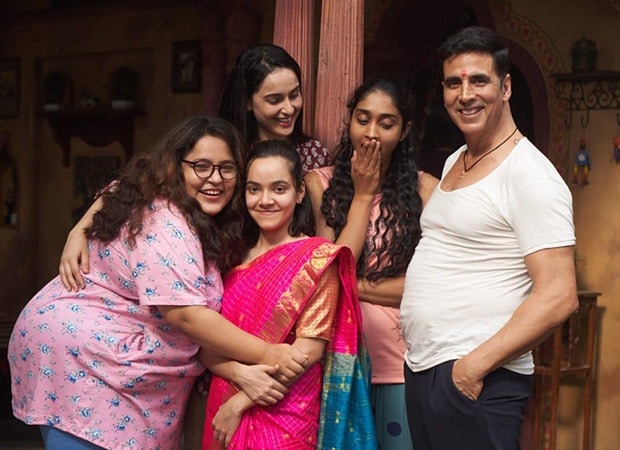 Director Aanand L. Rai and Akshay Kumar have tried their utmost to create a festival crowd-pleaser movie that celebrates the brother-sister bond and powerful anti-dowry sentiments.

Set in the streets of Old Delhi, Akshay plays the role of a chaat shop owner, who runs the shop established by his father. Lala Kedarnath, the eldest and only brother of 4 sisters, promises his frail mother that he will get married only after he fulfills the responsibility of marrying and settling his sisters well.

This is going to be an uphill task as the only defining feature about each of the sisters is their physical attributes. The first one, Gayatri, is a thin, homely girl whose be all, and end all is marriage. As soon as the brother announces that the ‘wedding’ is fixed, she blushes and there are no questions asked about the boy. Is this even relatable in 2022?? His youngest sister is a dusky tomboy.

The first half of the movie is full of jokes made at the expense of the girls. They are only reduced to their ‘looks’.  In one scene, where some of the boys are beaten by up Akshay for teasing his sister, Akshay takes a mic and announces that whoever teases girls in the area will have to marry them. Is this even funny?

Raksha Bandhan, written by Himanshu Sharma and Kanika Dhillon is only 110 minutes long and that is the only saving grace of the movie. The lead actor is at liberty to slip in and out of his various ‘avatars’-he is in every frame, but the spirit of the movie is of the times gone-by. It’s a regressive family drama and could have been better.