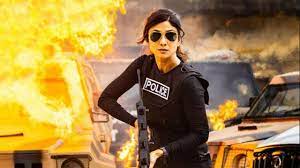 There’s talk about filmmaker Rohit Shetty’ s action web-series, “Indian Police Force” and guess whose ready to play the cop?? None other than the dashing Siddharth Malhotra, and the series will be produced and directed by Rohit who is famous for his cop movies and stunts such as Singham, Singham Returns, Simmba and Sooryavanshi.

The series is a work of fiction and will touch the sentiments of selfless service, patriotism and unconditional commitment, all the values the police hold to carry on their duties selflessly. The series is set to release on Prime Video. Earlier, the team wrapped up a schedule in Goa. Rohit Shetty said, “Indian Police Force is a very special one for me and I have been working on it for years. I am delighted to be collaborating with Amazon Prime Video to breathe life into this story which will transcend geographies and linguistic barriers, providing me an opportunity to showcase the same to audiences worldwide. I am super excited to be working with the amazingly talented Siddharth Malhotra in this series.”

A new behind the scenes video from the sets shows the actors and director getting a tough action sequence right. Shared by Shilpa Shetty, the video also has actor Nitin Dheer and they called it, “Pure Desi Hindustani Action”.

Apart from Indian Police Force, Siddharth Malhothra has Yodha with Disha Patani and Raashi Khanna in the pipeline. He will also be seen in Mission Manju with Rashmika Mandanna.

We are all looking forward to this 8 part series that will stream next year and mark the debut of Shilpa, Siddharth as well as Rohit.