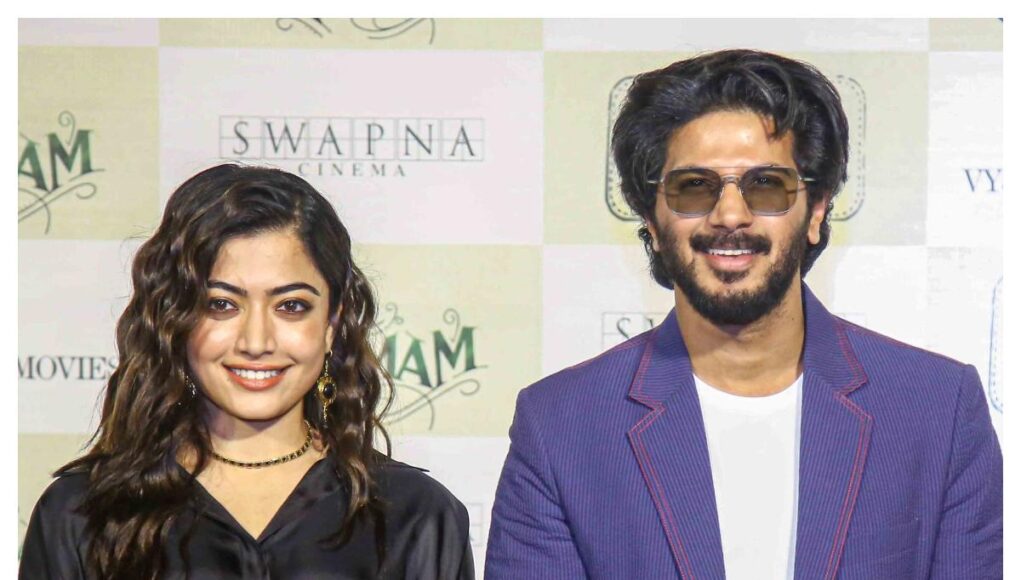 Rasmika Mandanna plays the role of Afreen, a Kashmiri Muslim girl in Sita Raman. Dulquer Salman has a Lieutenant Ram, who is an army officer, stationed in Kashmir and is a love-story with Mrunal in the lead. The movie is ready to hit the theatres on August 5th.

While fans are eagerly awaiting this Telugu movie, Prabhas graced the pre-release event. He urged the audience to watch the movie and called Rashmika Mandanna “the most wanted heroine.”

Prabhas quoted, “Some films are meant to be watched in theatres. I saw the trailer and visuals of Sita Raman. The makers went to Russia and Kashmir to shoot the film. This is a film that should be watched in theatres. The budget which the producers spent, and the scale are huge. For example, do we stop going to the temple because there’s a pooja room at home? For people in the cinema, theatres are our temples. It’s because of you. We should watch Sita Raman in theatres. We have Rakshmika, who’s the most wanted heroine. We have a huge star cast too. We should watch it in theatres.”

Sita Raman, is an upcoming Indian Telegu language romance film written and directed by Hanu Raghavapudi. It is produced by Vyjayanthi Movies and Swapna Cinema.

Rashmika has been playing her cards well and despite of having a limited role in the movie, she has been paid in full.

Taking to his Instagram handle, “An epic story. A film that felt like we stepped into a dream. Time travelling to a glorious era rich in colours, sights and sounds. This is a love letter from the pages of history delivering soon to theatres near you…” #SitaRam.