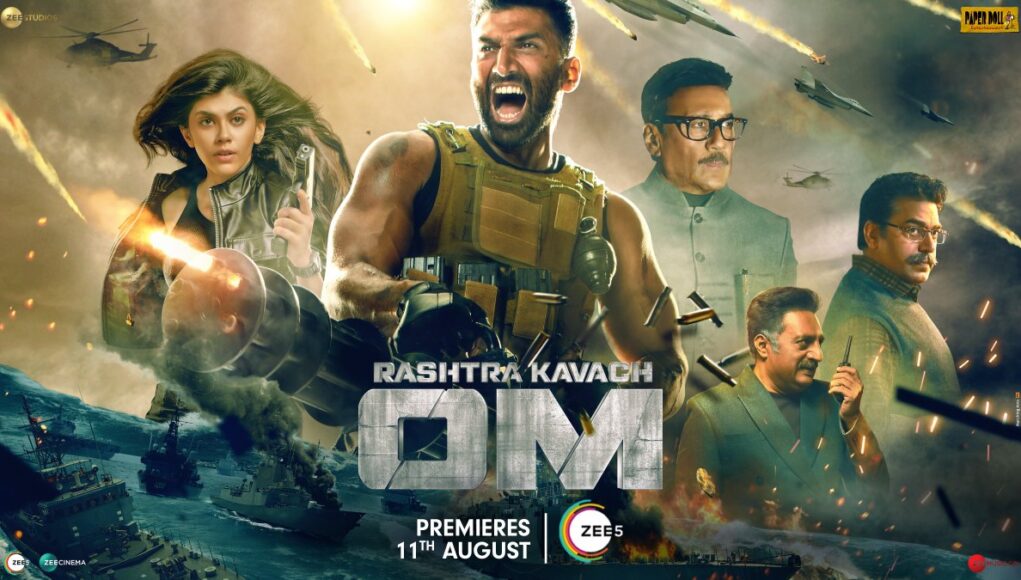 ZEE5 has announced the world digital premiere of Rashtra Kavach Om. The movie will be available across the globe in 190 plus countries.

Directed by Kapil Verma and produced by Zee Studios and The Paper Doll Entertainment Production, the story revolves around a para commando officer who is on a do or die mission to save his nation. Manish Kalra, Chief Business Officer comments, “Action is a much loved genre on ZEE5 and hence we are excited to add another impactful action film to our diverse content library. The timing of the World Digital Premiere of “Rahtra Kavach Om” is perfect, as what better to watch on Independence Day weekend than this action packed patriotic film with family.”

Aditya Roy Kapur, the hero of the movie adds, “Rashtra Kavach Om was a challenging film as it demanded a lot from me physically and mentally. I am glad to have gone through this experience. Now with OM having its world digital premiere on ZEE5, I look forward to the film reaching a wider audience. Hope the viewers have as much fun watching it as we had making it.”

“I am elated that a film packed with raw action and deep emotion will premiere on India’ s largest home grown video streaming platform, ZEE5 during the Independence Day weekend and will reach across 190 plus countries! I hope that Rashtra Kavach Om with its action, scale and heart appeals to people across the world.”

The movie was released on July 1st, 2022. It has been directed by Kapil Verma and produced by Ahmed Khan and Zee Studios. It stars Aditya Roy Kapoor, Sanjana Sanghi, Jackie Shroff, Ashutosh Rana, Prakash Raj and Prachee Shah Paandya.