WhizBliz
Home BTS World RM of BTS breaks down in tears when cutting a special cake... 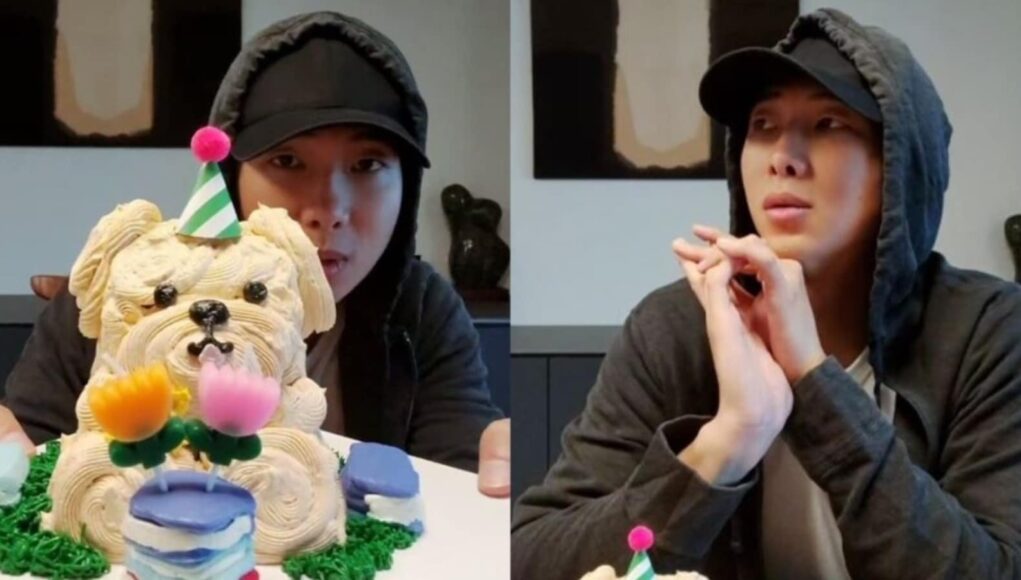 BTS, a boy band from South Korea, has a huge global fan base. The BTS fan ARMY, which is made up of the band’s seven members, including RM, Jin, J-Hope, Suga, Jimin, Jungkook, and V, never ceases to show them, love. Kim Nam-Joon, better known by his stage as RM, spent his 28th birthday with the BTS ARMY via a live session on the social networking site Weverse. He also stated how moved he was by the devotion of his fans.

According to a report by Hindustan Times, BTS leader RM cut a cake live on Weverse to celebrate his 28th birthday with his followers. The South Korean rapper admitted during the live performance that the ARMY’s birthday wishes caused him to cry. He also answered all the inquiries.

RM was shown in a number of images and videos posted to Twitter holding a cake in the shape of his beloved dog, Rap Mon, while dressed in a white T-shirt and a denim sweatshirt. RM joked that the staff made the cake for him as he was talking about it. Added he, “I performed live, and now I’m at home (celebrating my) birthday. I don’t want to display a lot. All of you who wished me a happy birthday is much appreciated.” The rapper went on to express how moved he was by his fans’ kind words, saying, “I got a lot of birthday greetings, which made me happy (cry)… In a location like Hongdae, I also wanted to play and give a modest concert.”

Additionally, during the live session, RM showed a preview of numerous books and disclosed that he has to read them. He hasn’t read any books yet, though, because he’s “lazy” and prefers to “dance in the park” and engage in a variety of other activities. He also gave his admirers a tour of his portfolio.