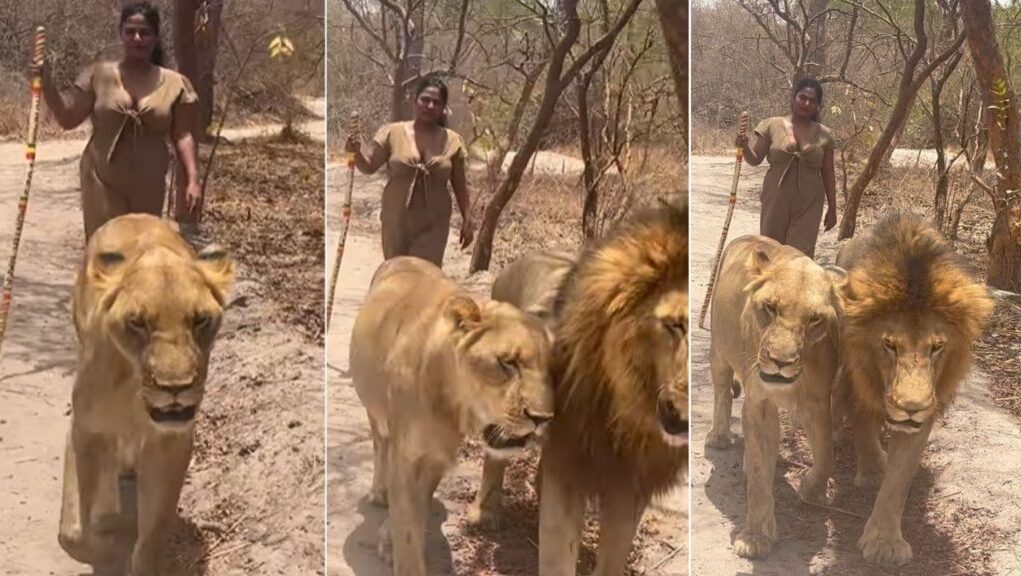 There are several films online that show wild animals hunting and gobbling up their food in a forest or open field. What would you think, though, if you saw a lioness rushing after a man at a party?
You’ll surely get the chills after watching that video. Similar moments may be found in an old video that has lately become popular online. The video depicts a lioness coming out of the forest and into a lavishly decorated gathering at an unidentified place.

Along with barging into the group, the lioness also picks off one of the visitors.

As the video goes on, we watch the man attempt to flee the large cat by climbing a tree, but the lioness won’t give up and continues to pursue him. The lioness holds onto the tree despite the man’s frantic attempts to kick her, causing her to lose her grip and collapse.

Many viewers are left wondering what happened to the man after the sudden finish of the video. About 251,438 people liked the video.

In their comments on the image, a lot of Instagram users showed worry and asked how the man was doing.