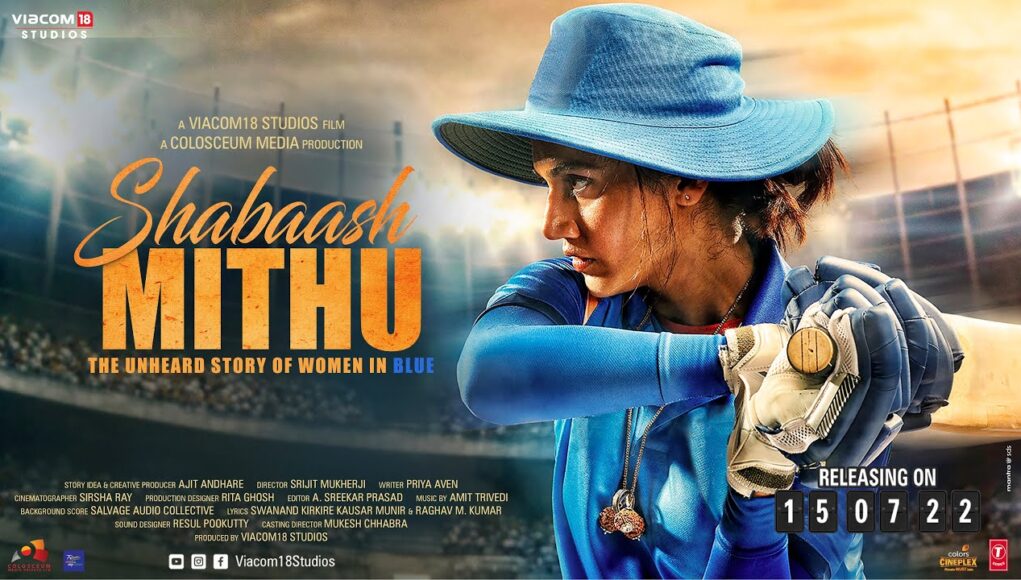 Shabaash Mithu is the story of a legendary sportsperson. Going back to the year 1990, Noorie is forcefully enrolled in a Bharatnatyam class. That’s because she is in love with cricket and that’s all she does all day. In the dance class, she befriends Mithali Raj who advises her to learn the dance techniques and apply it in cricket. The trick works wonders and at the age of 15, Taapsee Pannu is selected for national level cricket. And now the real test begins. The players are biased and there on, she tries to befriend them with her attitude and talent.

The screenplay is unable to avoid the pitfall of playing up a single figure at the expense of others. Cricket is a team sport, which is not highlighted enough, and Mithali needs their complete support to achieve her success. Another factor is that there is too much confrontation between the Indian women’s cricket team and officials.

One scene that adds humor to the otherwise serious movie is the scene when Mithali and her friends barge into the wedding of their best spinner and try to talk her out of marriage.

To conclude, the occasional wrong moves do mar the movie in some parts, but overall, it’s a wonderful tribute to a cricketer who transformed the fortune of women in cricket.

The movie released in theatres on July 15, is all set for its digital release. Tapsee Pannu is very excited to share the story with a wider audience and hopefully, the movie will inspire young girls to follow their passions and dreams. The digital release is on 12th August, on Netflix and Voot Select.