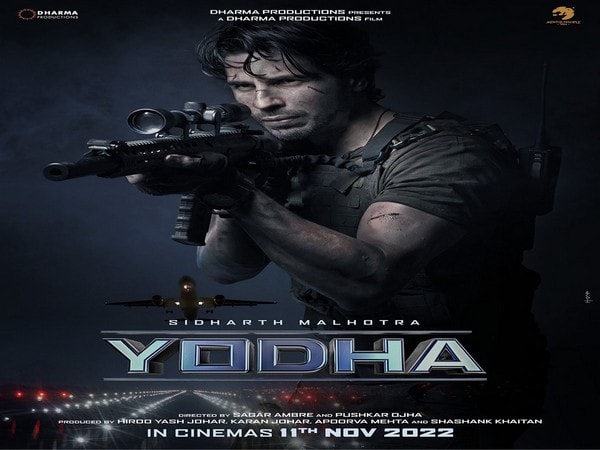 Yodha, starring Sidharth Malhotra, Disha Pathani and Raashil Khanna, is an upcoming action-thriller movie directed by Sagar Ambre and Pushkar Ojha. The movie is produced by Karan Johar under the banner of Dharma Productions.

Sidharth Malhotra, is a charming actor who made his debut with the movie ‘Student of the Year’ and is one of the most talented actors in Bollywood. At the moment, the actor is off to the mountains of Kullu region shooting for his upcoming movie Yodha. Sidharth took to his Instagram and unveiled the teaser on his social media account. He has the role of an army man in this movie. He plays the role of a soldier who fights terrorists that have hijacked an aircraft.

This action thriller has our hero in an action avatar, and this is Dharma Productions first aerial action venture. It is based on true incidents from the 90’s. Karan Johar and Sidharth have worked together in Shershaah, Hasee Toh Phasee, Kapoor and Sons and Student of the Year.

On the work front, Sidharth is currently gearing up for the release of Ajay Devgn starrer ‘Thank God’. This movie is set to release on October 25th and will clash with Akshay Kumar’s ‘Ram Setu’ which also stars Jacqueline Fernandez.

Sidharth is also working full-time with Rohit Shetty for his web-series ‘Indian Police Force’ co-starring Shilpa Shetty and Vivek Oberoi, and this will stream on Amazon Prime. He also has ‘Mission Manju’ in his kitty along with Rashmika Mandanna.