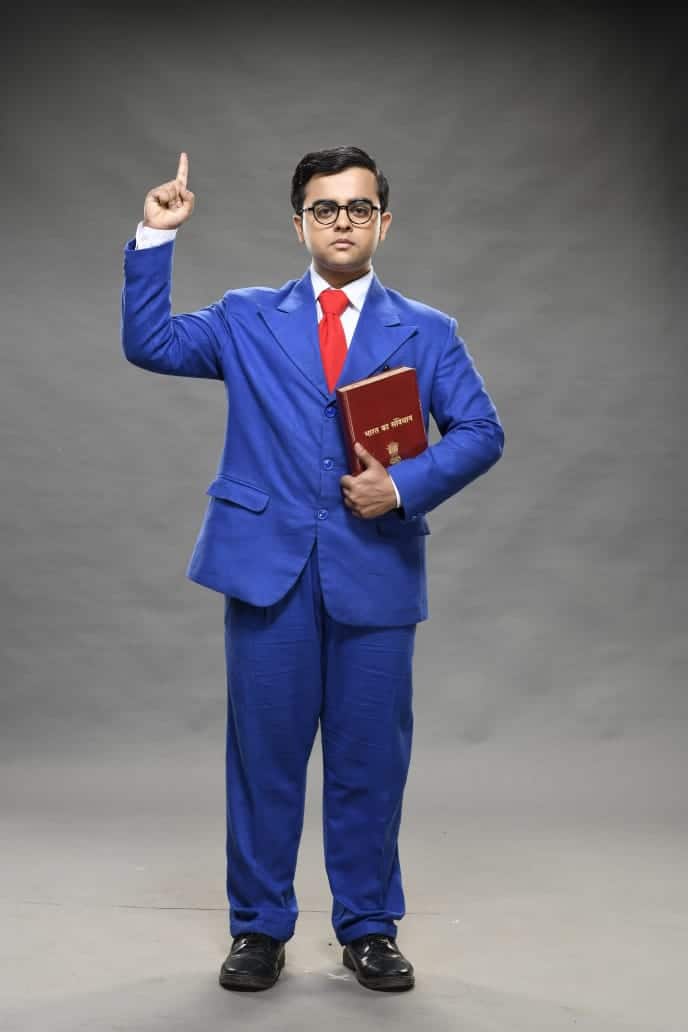 December 6th marks the 65th death anniversary of Dr BR Ambedkar, who was conferred the country’s highest civilian award, Bharat Ratna, for his contribution to Indian society. His contributions as a jurist, economist and social reformer have inspired many and continue to do so across generations. In Dec 2019, &TV launched a never-told-before in the Hindi GEC, the life story of Babasaheb, aptly titled ‘Ek Mahanayak – Dr B R Ambedkar’. On Dr Ambedkar’s 65th death anniversary, the lead artists from the show reminisce Dr B R Ambedkar’s innumerable achievements and learnings. These include Atharva (Young Ambedkar), Narayani Mahesh Varne (Ramabai) and Jagannath Nivangune (Ramji Sakpal).

Atharva essaying Young Ambedkar’s character shares, “Dr Ambedkar was an inspiring leader, scholar, thinker and the founder father of the Indian constitution. He was a great propagator of education and strongly believed in education for all. He was the greatest exemplar of the belief that education could enable men to overcome all life obstacles and bring about a social change. His contribution to education advancement was multifarious. His quest for knowledge always inspired me, and I believe knowledge is one of the core tools to personal growth. On his 65th death anniversary, let us all remember and honour his immense contribution towards our society, our country.” Jagannath Nivangune essaying Ramji Sakpal’s character shares, “Babasaheb was and continues to be an inspiration to many. On this 65th death anniversary, let us all salute and remember the greatest leader of our times and cherish his teachings. He was the one who laid the foundation of a unified India by bringing millions of Indians under the ambit of one nation and one constitution. He believed that one citizenship, one identity, and one voting right could bring equality among people. His teachings and philosophy continue to resonate across the country even today. Dr Ambedkar’s contribution as the principal architect of the Indian constitution has been a cornerstone to our nation’s growth and development, establishing peace and harmony throughout the nation, to eradicate socio-economic evils.” Narayani Mahesh Varne essaying Ramabai’s character says, “I would like to quote Babasaheb, where he said ‘I measure the progress of a community by the degree of progress which women have achieved, and I resonate a lot with it. Babasaheb contributed immensely to women empowerment and introduced the provision of equality to women across all streams, be it education, employment, social and economic rights. I do believe educated women is key to a nation’s success. Babasaheb’s contribution to bringing in liberty and equality has empowered women to pursue higher education, employment and become self-dependent.”

Tune into Ek Mahanayak Dr B.R. Ambedkar, airing every Monday to Friday at 8.30 pm only on &TV!