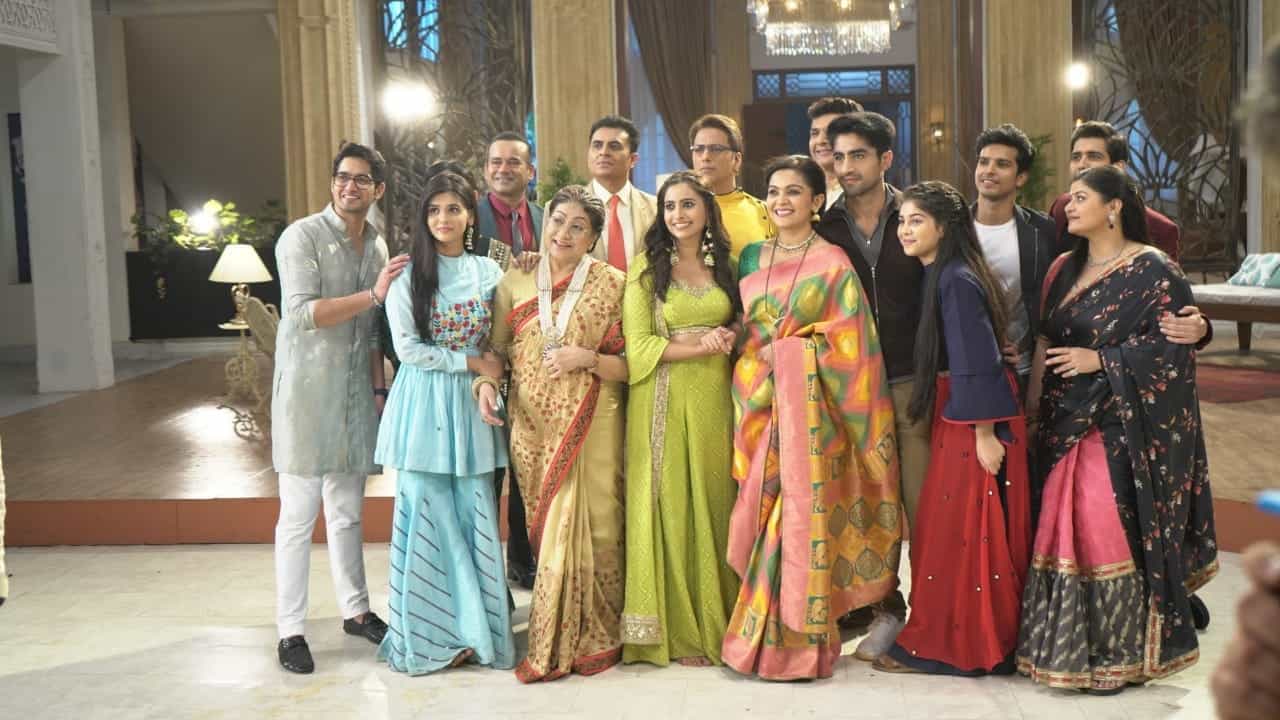 The Wednesday episode of Rajan Shahi’s “Yeh Rishta Kya Kehlata Hai” was full of drama and celebration. Aarohi and Abhimanyu’s wedding date is fixed and the panditji gives them a date of January 16, but Harshvardhan tells them that they have a conference on that day, for another date, they said they have an important surgery on that day. Kairav tells them they will always have some work and they should just fix one day. Mahima controls the situation and tells them that they can have the wedding on January 25.

The Goenkas enjoy the good news in their style and the whole family dances along with the Birlas. While dancing Akshara bumps into Abhimanyu and is shocked to see him there.

Later, Mahima makes an announcement that she wants Akshara to head the department of music therapy at the Birla hospital. Kairav asks her to give Akshara some time to think about it, but Abhimanyu asks her to say no to the offer.

But the next day, Abhimanyu finds Akshara at the hospital. He calls her to his cabin and Akshara tells him that they should forget about the past and move on.

In the upcoming episode, we will see that Manjari tells the Goenkas that they will have to extend the wedding date. Dadi asks them if they want the wedding to happen or not. To know what happens next, keep watching “Yeh Rishta Kya Kehlata Hai”.