WhizBliz
Home BTS World The BTS Army supports RM when the singer is accused of plagiarising... 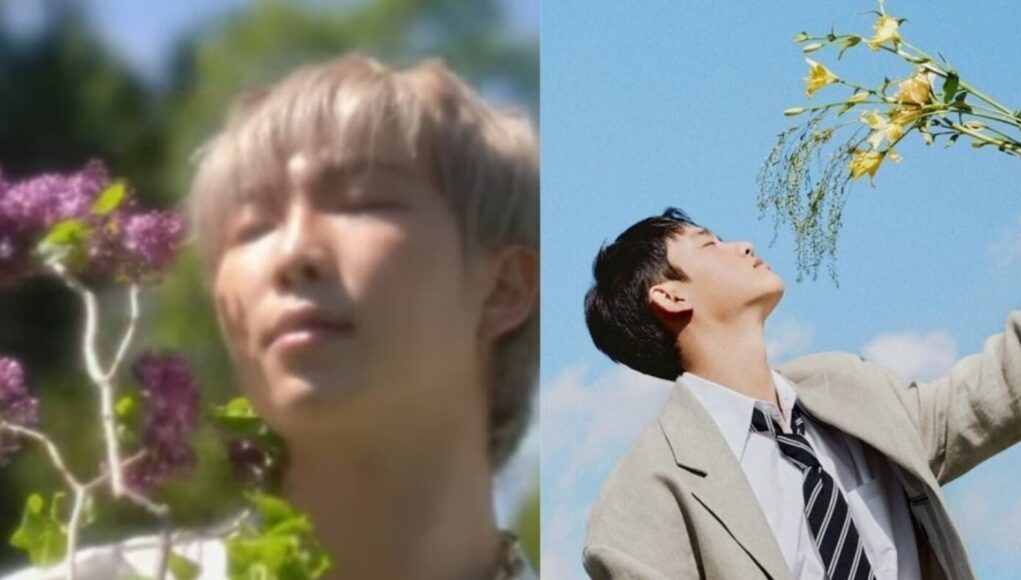 BTS, a South Korean boy band, is one of the most well-known music groups in the world and has amassed a sizable fan following. The members of BTS—RM, Jungkook, Jimin, Jin, Suga, V, and J-Hope—are presently concentrating on their solo music careers, but BTS leader RM recently debuted the artwork for his forthcoming project, dubbed “Entirety,” which ignited debate online.

Recently, RM of BTS released a photo for his forthcoming project, “Entirety,” in which he is shown posing with a bouquet of flowers in his hand. While many internet users expressed their appreciation for the photos, some charged him with plagiarism for posting images from EXO member D.O.’s solo mini album “Empathy Mood Sampler Version 2.”

A number of individuals pointed out on Twitter how similar the images of “Empathy” and “Entirety” were. The BTS Army, however, quickly spoke out in defense of RM and defended his appearance in “Entirety,” arguing that it was just a stunning work of art by an artist and could not in any way be considered to be plagiarised.

It was previously stated that BTS vocalist RM, who has since become an art patron for creatives, has been accumulating works of art over the last several years and may soon create an art gallery. When asked how he developed his love of visual art, RM explained that it happened by accident and added that he never really appreciated it when his parents took him to museums.