WhizBliz
Home K-Content The Korean TV dramas are the obsession of these Black women. 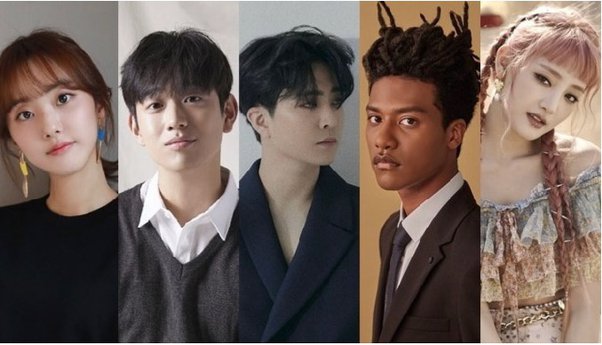 Charmaine Lewis, a Black mother of two in Tucson, watched “Crash Landing on You” on Netflix during the beginning of the coronavirus epidemic on the advice of her Vietnamese and Chinese American friends. She developed an “addiction” to the television series about the improbable romance between a North Korean soldier and a South Korean fashion tycoon.

She cooked and learned Korean while compulsively watching 175 Korean dramas, keeping track of them on a spreadsheet. She intends to travel to South Korea.

As racial tensions erupted throughout America in 2020, Lewis, 52, found solace in Korean dramas as an escape from the awful news and her ongoing concerns for her two boys. She claimed that scripted television was no better. We are either criminals or there are no Black people. The Korean dramas offered a path toward potential recovery.

She looked to the dramas for the kind of retaliation she desired when a White classmate called her son a racist epithet at school. She referred to a Korean tradition that is followed when a sincere apology is required: “I wanted the boy’s parents to come to our house with their kid and go down on their knees and bow and apologize,” she said.

Similar to Lewis, many Black women have turned to Korean drama television for solace and escape, frequently years before most Americans had even heard of “Squid Game,” the 2021 K-drama that became the most watched program in Netflix history. This has led to the emergence of a fervent and influential fandom. The promotion of Korean dramas by black people has resulted in the creation of blogs, Facebook groups, Instagram clubs, podcasts, and TikTok accounts.

“They sucked me right in! I’m a young Black woman from Mississippi, and here I am. No Koreans live here, especially in my hometown. I had to learn more about it since it was so unfamiliar to me but also so fascinating,” she added. As a Black woman, learning about Korean culture allowed me to see the world differently and broaden my knowledge of many civilizations.

Hardcore enthusiasts assert that the Black female audience’s effect is greater than just its numbers, despite the dearth of information on the precise demographics of the genre’s viewers.