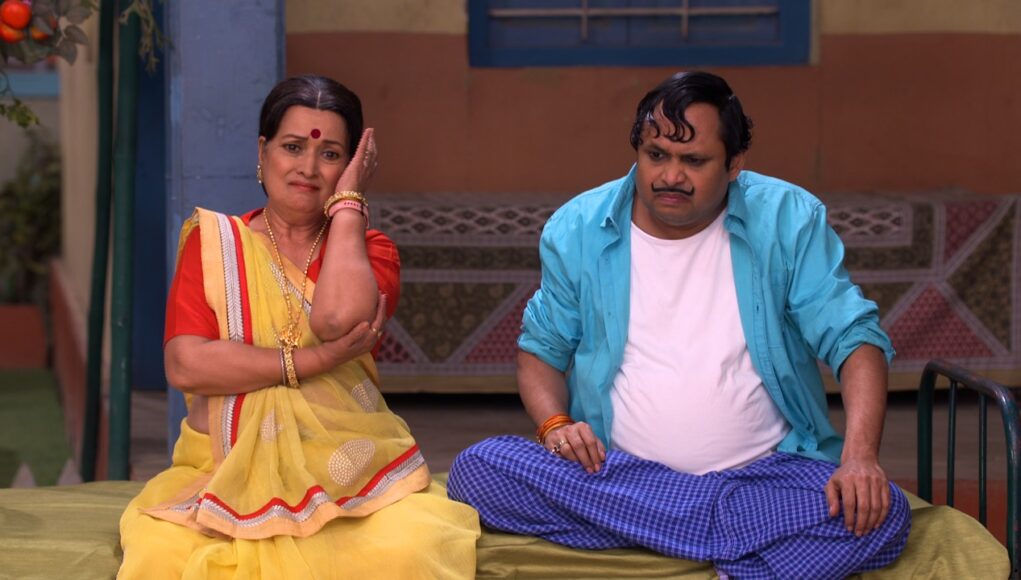 The audience will witness thodi daraar aur thodi takraar in &TV shows Doosri Maa, Happu Ki Ultan Paltan and Bhabiji Ghar Par Hai. About &TV’s Doosri Maa, Ashok shares, “Nupur and Astha pretend to be friends with Krishna (Aayudh Bhanushali) so that they can help their Dadaji (Sunil Dutt) find evidence against him. Bansal attempts another kidnapping and provides the kidnapper with candy laced with medicine. Nupur faints while Krishna and Aastha run inside, and the kidnapper kidnaps her. Everyone starts looking for Nupur but is unable to find her. Krishna, while finding Nupur, sees the kidnappers going away in a tempo. He picks up the pace and discovers Nupur unconscious. Ashok (Mohit Dagga) gets a call from his neighbour Ram Babu saying that he saw Krishna getting into the tempo with the goons. Everyone at home is concerned about Nupur, and Babuji again accuses Krishna of kidnapping her with the help of his thug friends. Yashoda (Neha Joshi) breaks down after learning this. Will Krishna be able to save Nupur and prove his innocence?”.

About &TV’s Happu Ki Ultan Paltan, Daroga Happu Singh shares, “Bimlesh (Sapna Sikarwar) takes up the responsibilities of Rajesh’s (Kamna Pathak’s) house in her absence. The commissioner (Kishore Bhanushali) learns that Happu’s (Yogesh Tripathi) wife has gone to her brother’s house and advises him to enjoy his leisure time. Bimlesh feels tired of working day and night and complains to Katori Amma (Himani Shivpuri), who asks her to drink with her. After two pegs, Bimlesh gets high and starts disclosing Rajesh’s gossip about her. Katori Amma gets enraged and informs Happu about it. Happu tells Beni (Vishwanath Chaterjee) about Bimlesh’s behaviour and tells him to ask her to apologize. Bimlesh gets offended and decides not to help with the household work. Katori Amma offers an internship to Kamlesh (Sanjay Choudhary) and tells him to cook for her family, to which he agrees. Kamlesh starts preparing delicious food, and the entire family praises him, making Bimlesh upset. Bimlesh then tells her husband Beni to stop talking to his friend Happu. “Will Bimlesh and Katori Amma’s fight break Happu and Beni’s friendship?”. About &TV’s Bhabiji Ghar Par Hai, Vibhuti Narayan Mishra shares, “Angoori (Shubhangi Atre) has a dream and wakes up screaming while Tiwari (Rohitashv Gour) tries to comfort her. Vibhuti (Aasif Sheikh) has a dream in which Angoori calls her “beta” and wakes up stressed. When Anita (Vidisha Srivastava) asks him why? he tries to avoid answering. Master (Vijay Kumar Singh) and Doctor (Jeetu Gupta) overhear Angoori and Vibhuti discussing their dreams in the morning, and they tell them that early morning dreams often come true. Tiwari is at a loss for an order, so Amma Ji (Soma Rathod) informs Angoori that pandit Ramphal has proposed that they adopt a child over the age of twenty and give him a share in the family’s property. Tiwari begins testing people in the modern colony for adoption with the help of Prem (Vishwajeet Soni). Tika and Tillu fail the test. Tiwari then approaches Anita with a proposal, asking her to give Vibhuti up for adoption in exchange for 7% of his property. Following this, Anita attempts to persuade Vibhuti to get adopted as Tiwari and Angoori’s son, but he refuses”.