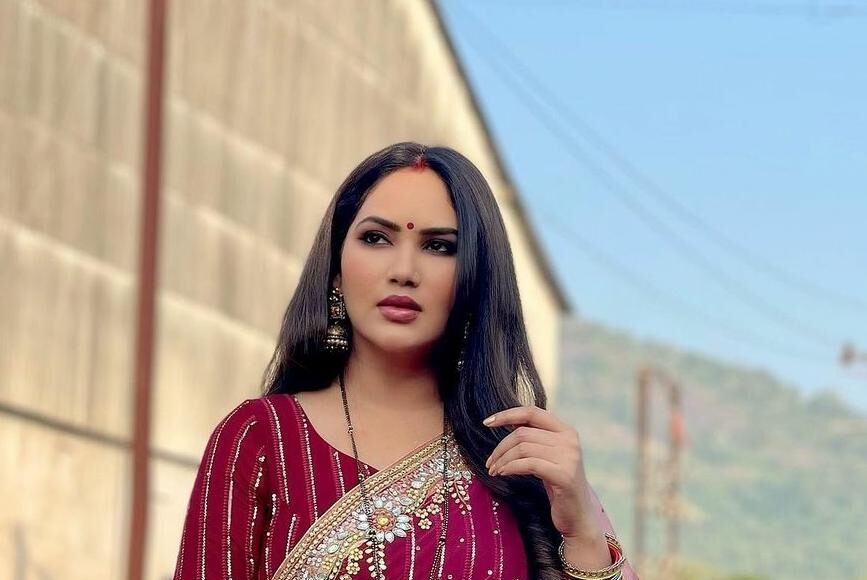 National Youth Day commemorates the Indian thinker, philosopher, and social leader, Swami Vivekananda’s birth anniversary. He catalysed global peace and prosperity and inspired the young generation all his life to bring change to society. On this day, &TV artists honour some young talents in their fields for their contributions. It includes Anita Pradhan (Malti Devi, Doosri Maa), Kamna Pathak (Rajesh, Happu Ki Ultan Paltan), and Vidisha Srivastava (Anita Bhabi, Bhabiji Ghar Par Hai). Anita Pradhan, essaying Malti Devi in &TV’s Doosri Maa, says, “I am a reader, writer, and a keen enthusiast of Indian literature, art, and culture. When I am not shooting, I enjoy reading and writing. While doing this, I came across a beautiful and talented young Indian writer named Zuni Chopra. Her book ‘The House that Spoke’ caught my eye for its extravagant style and distinctive storyline. She fills her stories with characters, suspense, and thrills, with her poetic style creating a lasting impression. Some of her poetry and short stories are inspiring and thought-provoking. I feel proud that we have such young talent in India. For many young Indian writers who love to pen down their thoughts and imaginations, she is an inspiration.”

Kamna Pathak, essaying Rajesh in &TV’s Happu Ki Ultan Paltan, says, “Singing is my passion, especially folk singing, and there are several prominent singers I admire and get inspired. The young talented folk singer Maithili Thakur, known for Hindustani classical and folk music, has created her name in the industry in no time. I like the way she carries herself with that beautiful voice. Her popularity in the folk music genre serves as an inspiration to many aspiring musicians. Youths like Maithili Thakur in our industry are preserving the old heritage and treasure of Indian culture through their talent and art. Her passion for art inspires me to stand up for myself and put in the effort required to reach my full potential as an actor and singer.” Vidisha Srivastava, essaying Anita Bhabi in &TV’s Bhabiji Ghar Par Hai, says, “As a nature lover, I am quite focused on environmental issues. While several people are working on environmental protection and climate change, one person who I admire the most is India’s child environmental activist Licypriya Kangujam. She is one of the youngest climate activists globally. She addressed world leaders at the 2019 United Nations Climate Change Conference in Madrid, Spain asking them to take immediate climate action. She travelled to Delhi with the help of her father to compel officials to act against climate change. Who thought about or worked on such major issues at a young age? Even now, as adults, we fail to step up and do our bit to save our planet. Licypriya, who has been travelling the world to raise awareness about climate change and watching her speak with such wisdom is stimulating. At the age of playing with kids, she is raising her voice on climate change, which is truly inspiring. On this National Youth Day, I appreciate young voices from India who inspire the world through their actions and words.”

Doosri Maa actor Mohit Sharma: Riding a bicycle is a therapy for me