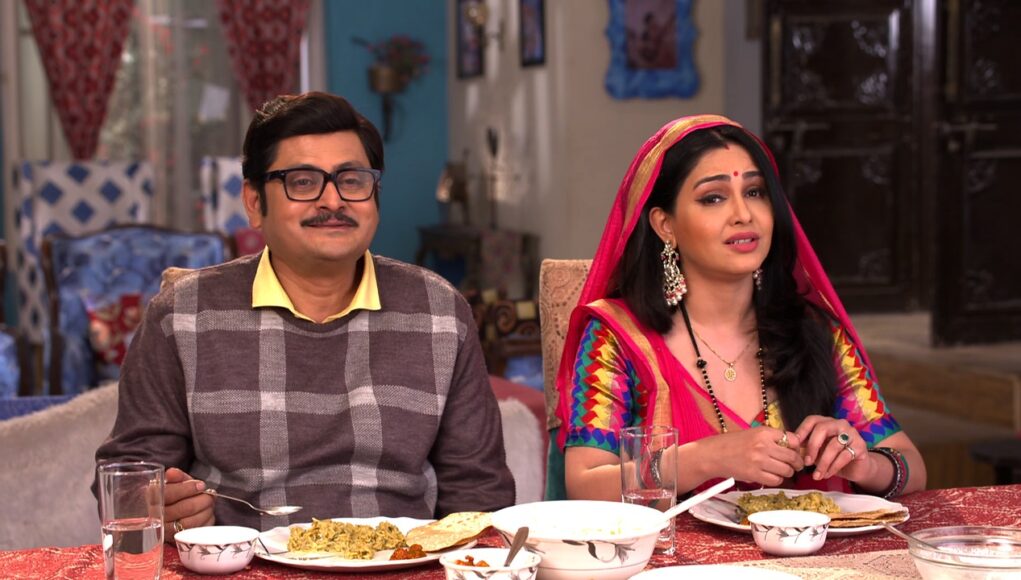 In &TV shows Doosri Maa, Happu Ki Ultan Paltan and Bhabiji Ghar Par Hai, characters will be seen in tricky situations. About &TV’s Doosri Maa track, Krishna shares, “Ashok (Mohit Dagga) and Yashoda (Neha Joshi) announce to the family that they want to educate Krishna (Aayudh Bhanushali), but Babuji (Sunil Dutt) gets angry. To convince him, Ashok threatens Babuji that he will file a complaint for child labour against him. He agrees to send him to school but tells Krishna that he will have to do housework. When Yashoda comes to school for Krishna’s admission, they inform her that the admission form does not have his father’s name on it, so they will not accept Krishna. Yashoda informs Ashok about the case, who then reaches there and tells everyone that he will write his name on the form as Krishna’s father, shocking Yashoda.”

About &TV’s Happu Ki Ultan Paltan track, Katori Amma shares, “Rajesh (Kamna Pathak) and Katori Amma (Himani Shivpuri) get into an argument over different dals they have cooked for Happu (Yogesh Tripathi). Meanwhile, to rehearse for one of the plays, Hritik (Aryan Prajapati), Chamchi (Zaara Warsi), and Ranbir (Somya Azad) steal Hatkadi from Happu’s police station. During the rehearsal, they ask for Rajesh and Katori Amma’s help. The kids put handcuff on Rajesh and Katori however when they are unable to open it with the keys. Will the fight between the two get resolved by tying them together, or will a new twist complicate the situation further?”. About &TV’s Bhabiji Ghar Par Hai track, Vibhuti Narayan Mishra shares, “Anita (Vidisha Srivastava) tells Vibhuti (Aasif Sheikh) and David Chacha (Anup Upadhyay) to control expenses. Angoori (Shubhangi Atre) and Tiwari (Rohitashv Gour) get Pandit Ramphal to do a puja for them to have a child. He advises them not to use gas in their home to ensure the success of the puja. Angoori craves Kheer and tells Vibhuti about it, who then invites her to dinner at his place. Angoori and Tiwari eat the maximum portion of Kheer, making Anita enraged. It later leads to a fight between her and Vibhuti. The next day, Angoori and Tiwari return to their house for breakfast. How will Vibhuti handle the situation now?”