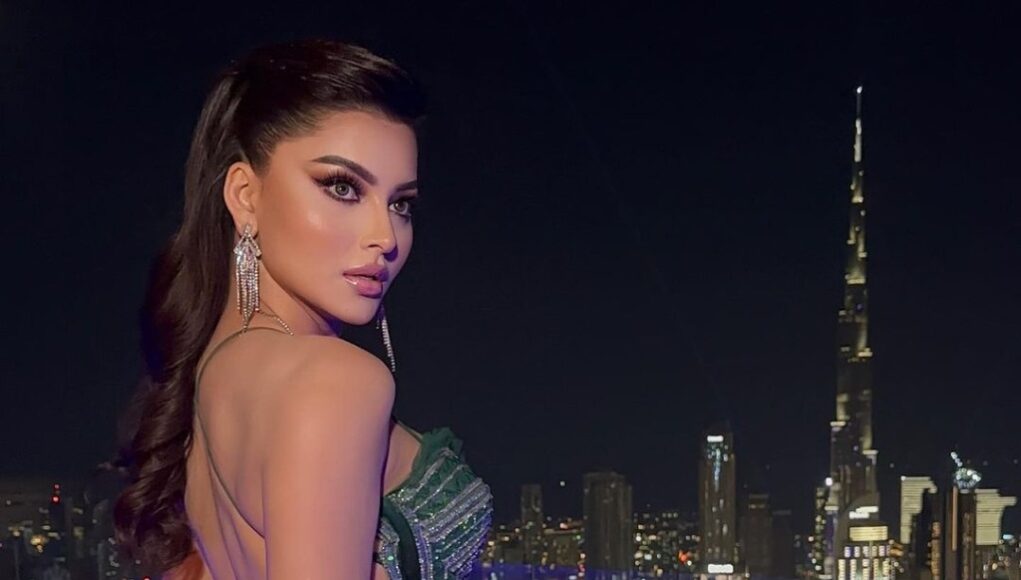 Urvashi Rautela who is Bollywood’s youngest superstar and the highest-paid Asian actress, is known for her fashion game, which has always been on point. Urvashi has always impressed us with her sartorial picks. From ethnic wear to millennial trends, the actor knows how to nail them all. Owing to her outstanding performances, she’s not only a current favorite among Bollywood buffs, but her fashion choices are also widely loved. Urvashi is all about expressing herself through her clothes

Urvashi yet again set the internet ablaze as she shared a bombshell picture of herself from her New Year’s Eve celebration look where she was spotted in a dazzling chic-glam look. Urvashi opted for a dark green mini dress as she celebrated her mom’s birthday in Dubai. AMR Couture outfit, which was from their Ballerina collection. The outfit costs a whopping amount of 6 lakh rupees. Urvashi wore a backless tie-up dress with a mini frill skirt with a heavy ruffle design attached to it at the bottom, a deep plunging neckline, and hand-stitched silver shimmering sequin embellishment work in front. Which cost 2 lakh rupees overall. The actor made it look more stylish by teaming the outfit with accessories like glittery peep-toe high heels, long diamond earrings, and a diamond bracelet with rings. She looked stunning with her tresses tied up in a ponytail with loose curls and her makeup on point with winged liner and the perfect blush and highlight with a nude lip shade. The figure-skimming silhouette made Urvashi look glamorous.

Check out the pictures and videos now,

On the work front, Urvashi will be seen alongside Ram Pothineni. She will also be seen with Megastar Chrianjeevi and Ravi Teja in Walteer Veeraya film. She will also play Randeep Hooda’s co-star in “Inspector Avinash.” The actress is also making a big Hollywood debut with Michele Morrone on Netflix. She will also be seen in Dil Hai Gray film” and also in William Shakespeare’s bilingual thriller “Black Rose,” which is based on The Merchant of Venice. In her international music singel with Jason Derilo.